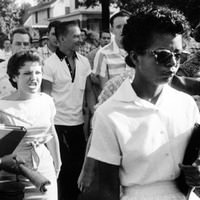 Who could forget the atmosphere at Middle Eastern Technical University last June, during the Gezi Park protests, this very prestigious institution, located on the outskirts of the Turkish capital, was aflame with protesters claiming that their lifestyle choices were being infringed on by the government and the supporters of the current administration. An outsider might have looked at these student protests with sympathy, as many did, not realizing the true false nature of these requests.

Who could forget the atmosphere at Middle Eastern Technical University last June, during the Gezi Park protests, this very prestigious institution, located on the outskirts of the Turkish capital, was aflame with protesters claiming that their lifestyle choices were being infringed on by the government and the supporters of the current administration. An outsider might have looked at these student protests with sympathy, as many did, not realizing the true false nature of these requests. Those very same people that were appealing for these allegedly denied rights to their choice of lifestyle showed their true face on the 5th of this September, in a demonstration that paralleled those seen during and immediately after the segregation period of the United States.

As the academic season once again opens in Turkey, this was a week where newly admitted students received a first glance at the institutions of higher education where they will spend the next few years of their lives on their quest for education. The prestigious Middle East Technical University was no exception to this as this was the week they held their registration and enrollment procedures. Though at this highly acclaimed institution, this standardized process took a dark turn, as a group of students saw it fit to harass future students due to the sole purpose of their lifestyle choice. The choice they made to wear headscarves as a symbol of their religious devotion. This lifestyle choice, though denied to them for a very long time, is one that is now protected by Turkish laws, though this legal protection clearly was not enough to deter their attackers. As a group of protesters, the very same that pleaded for the freedom to choose their own lifestyles to the foreign media and public this past June, descended upon future students and their guardians who had come to the school for the enrollment process. They chanted slogans, verbally harassed, and carried signs making their stance perfectly clear in plain words, "You are not welcome here", all for the sole reason that they were against a lifestyle choice practiced by their fellow students.

The scene from this week's enrollment day at Middle Eastern Technical University was a mirror of the footsteps of segregation-era Americans, even though the institution's student and faculty body at large have taken a critical if not loathing stance on the United States. Their claims of how the United States practices fascism, and imperialism have been in recent years impossible to ignore. The events of this week's enrollment clearly show a similarity, whereas in the United States, these sorts of events came to a close as the constitution banned segregation and merged colored and white student bodies. The only actual difference between this event in Ankara, and that of Little Rock 9, was that the students of Middle Eastern Technical University followed in the footsteps of the US public that they have ever so audibly been critical of a full 56 years later.

With the banishment of segregation within the United States, the constitution and laws of the land evolved to ensure the security of their more diverse citizens. Laws were adopted to prevent assaults and harassments like what happenedinLittle Rock from reemerging. The term 'Hate Crime' was coined and introduced into legal practice in order to maintain the safety and security of the residents of the land. These laws not only apply to race, gender and ethnic origin, but perhaps most importantly in today's America, religion.

They claim that their choice to live as they please is non-existent in Turkey, while they attempt to deny the rights of others that choose to live a different lifestyle. They plea to the masses of the United States, though they remain hostile to the country. They despise and criticize the US, stating that the country follows a fascist and imperialistic policy, though they follow in the footsteps of the country's darker days, decades afterwards… The unfortunate irony at Middle Eastern Technical University.