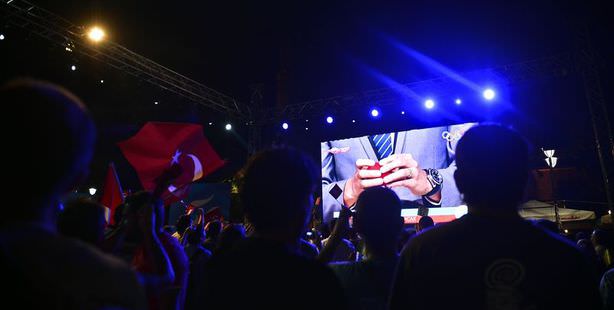 The International Olympic Committee have selected Tokyo as the winning candidate city to host the 2020 Olympic and Paralympics games. Istanbul lost out to Tokyo in a head-to-head final vote on Saturday after Madrid was eliminated in the initial round of voting.

Tokyo has been named the hosts of the 2020 Olympic and Paralympics Games, beating out Istanbul in the final round of voting. Madrid was first to exit the competition to host the 2020 Olympics, following the initial round of secret voting by International Olympic Committee (IOC) members in the Argentinean capital Buenos Aires on Saturday, leaving Istanbul and Tokyo to battle it out as finalists in the final round of voting.

In the initial round, Istanbul and Madrid received an equal number of votes with Japan beating both candidate cities to secure a spot in the final vote. With the votes tied, a second round of voting was held between Madrid and Istanbul, which the latter won by 49 votes, eliminating the Spanish capital and pitting Istanbul and Tokyo head-to-head in the final vote to determine the hosts of the 2020 Olympics.

The result of the vote was announced in Buenos Aires by IOC President Jacques Rogge at 23:00 Turkish time. In Istanbul, citizens flocked to Sultanahmet where a mega screen was set up and the results broadcasted live from Buenos Aires.

Prior to tonight's votes, candidate cities presented their final presentations in which Prime Minister Recep Tayyip Erdoğan urged the IOC to choose Istanbul and help "send a strong message of peace to the whole world". Japanese Prime Minister Shinzo Abe emphatically promised the crippled Fukushima nuclear plant would have no negative effect on Tokyo, while Madrid emphasized it was ready, dependable and safe, with Prime Minister Mariano Rajoy telling members "numbers don't lie".

Erdoğan flew 16 hours through the night to get to Buenos Aires so he could personally address the IOC after spending the past few days at the G20 Summit in Russia, discussing the Syrian crisis with other world leaders, including U.S. President Barack Obama. He did not specifically mention Syria or the Taksim Square riots earlier this year in his presentation to the IOC, but said awarding the Summer Games to Istanbul could be a catalyst for change in the Middle East. "If the Olympic Games are hosted in Turkey, where the majority of the population is Muslim, it will send a message to our whole region, which so needs peace," Erdoğan said.

In today's final presentation, Istanbul's bid delegation led by the Prime Minister leaned heavily on the fact the historical city straddles two continents, Europe and Asia. The bid team highlighted the country's surging economy and the government's commitment to the Olympic Games and pledged a crackdown on doping after a recent increase in positive tests by Turkish athletes. This was Turkey's fifth bid to host the Summer Games.