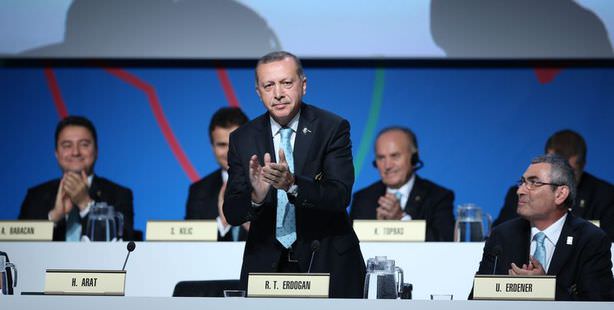 Prime Minister Erdoğan expressed his disappointment over losing out to Tokyo to host the 2020 Olympics late on Saturday at the final voting by the International Olympic Committee in Buenos Aires.

Istanbul lost out to Tokyo to host the 2020 Olympics in the final voting round pitting the two candidate cities head to head after Madrid was eliminated in the initial vote. Commenting on the results, Erdoğan qualified the decision to not select Istanbul to host the 2020 Olympic and Paralympics Games as an "injustice" and said that it has broken the ties between the Western and Islamic world.

Speaking after International Olympics Committee (IOC) members named Tokyo the host of the 2020 Olympics, Erdoğan stated that he was disappointed the IOC decided to select Tokyo, a country that has hosted the Summer Games before, and not Istanbul, which with its 2020 bid motto "Bridge Together", hoped for a different outcome in this year's vote. "In a sense, they are cutting off their ties with the one and a half billion population Islamic world," said the Prime Minister who had flown out to the Argentinean capital to lead Istanbul's bid delegation for Saturday's vote.

"Istanbul is a city where different cultures and civilizations meet, connecting the continents of Asia and Europe. With the several investment projects that were planned within the framework of the seven-year program as well as the existing investments in Istanbul, both in infrastructure and superstructure, Istanbul was more than ready to meet the requirements of hosting the Olympics," Erdoğan said.

The Prime minister went on to state that had Turkey not hosted the Mediterranean Olympics in Mersin, Istanbul would probably have been eliminated earlier. "If we had been named to host the 2020 Olympics, it would have been advantageous in a number of ways, which has of course disappointed us. We thought that after Madrid was eliminated, European countries would give us their vote. But, that's not how it happened," said Erdoğan. Istanbul lost to Tokyo by 36 to 60 in the final round of voting.

Prime Minister Erdoğan said that he has already spoken with Youth and Sports Minister Suat Kılıç about now investing in our athletes in order to increase the number of medals the country wins in the Olympics. "We should respect the result," said Erdoğan, stressing that running in the final voting is also a great success for Turkey. "Turkey is a country that has successfully hosted a number of international sports events. The Committee most likely made this decision because they thought that we are just not ready yet," said Erdoğan.