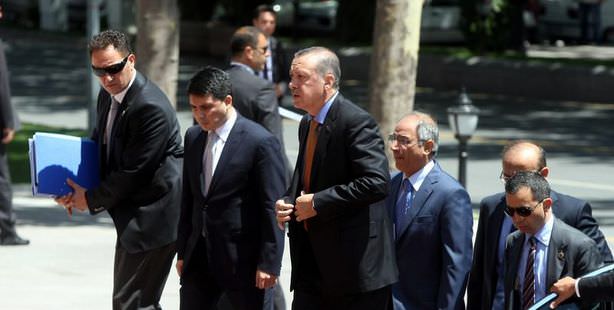 A security meeting being chaired by Prime Minister Tayyip Erdoğan commenced at 14:30 on Tuesday at the Prime Ministry's official residence in Ankara.

The two main issues expected to dominate Tuesday's security meeting are the halt to the PKK terrorits organization's withdrawal from Turkey as part of an ongoing resolution process as well as recent developments regarding potential U.S. military action in Syria.