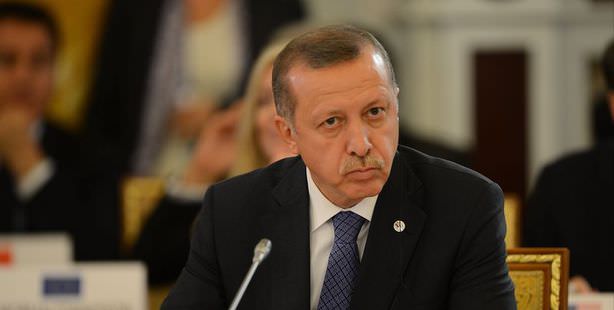 Prime Minister Erdoğan has chaired two surprise security summits in two days. Yesterday, members of the highest echelon of the state convened in the capital to discuss potential scenarios in the case of external intervention on Syria. Today’s summit was set to discuss pressing national security issues surrounding the ongoing resolution process.

The meeting came following Syria conceding to a proposal by Russian Foreign Minister Sergei Lavrov for the Assad regime to turn over their chemical arms stockpile to international control. In addition to evaluating this new development, initially brought to the agenda by U.S. Secretary of State John Kerry, which renders military intervention unlikely, the summit also revisited Turkey's preparations in the case of possible military action. The measures to be engaged should the Assad regime target Turkey as a repercussion of international engagement, were also discussed during the meeting. While Ankara is still concerned the Assad administration may continue to stage massacres against its own public should military action not be implemented, it was supposedly decided that the situation will be kept high on the agenda of diplomatic traffic in order to prevent further killings by the Syrian regime.

During the session, Interior Minister Güler and National Defense Minister Yılmaz briefed participants on precautionary measures in the case of a chemical arms attack along the border. Yılmaz also shared information regarding the Patriot anti-missile batteries deployed along the borders as well as on Turkey's F-16s, which will respond in the case of an air attack.

After yesterday's summit, which focused on foreign security issues, today, the same participants, will convene once again for a National Security Summit chaired by Prime Minister Erdoğan. Today's summit was set to focus on last week's announcement by Cemil Bayık, co-chair of the PKK terrorist organization's urban wing, the KCK (Kurdish Communities Union) that the withdrawal process has come to a halt. A new democratization package within the framework of the resolution process will also supposedly be given a final work-over in today's meeting.

THE FIVE MAIN REASONS FOR HALT OF WITHDRAWAL

Ankara has been tackling the issue of the PKK announcing they had halted withdrawing their armed militants on September 1st, in subsequent summits. The meetings have honed in on five potential reasons behind the terrorist organization's call to halt the withdrawal process, which are as follows:

* The PKK may be attempting to exert pressure on the government leading up to the local elections.

* Other speculation is that the terrorist organization may be attempting to launch any democratic steps that are made in the near future as being a result of "their success". They are well aware that the government is currently working on formulating a democratization package that they will be releasing to the public in the days to come as it will be submitted to the Assembly in the new legislative session. It is thought that the organization may be intending to stage propoganda inferring that the halt of the withdrawal was the reason for this new legislation.

* Recent developments in Turkey have also been an influential factor in the discontinuation of the withdrawal process. Intelligence units noticed a visible decline in the numbers of militants withdrawing at the end of June. This timing coincides with the escalation of the Gezi park protests throughout the country. The chaotic atmosphere derived from the nation-wide demonstrations is said to have contributed to those against the withdrawal process having an elevated voice within the organization.

* Syria is also being considered a behind-the-scenes factor in the halting of the withdrawal process. The uncertainty in Syria has supposedly led to confusion amongst the PKK's administrative wing in Kandil. The PKK is also said to be experiencing discrepancies with the Kurdish Regional Administration in Iraq as well as with Barzani.