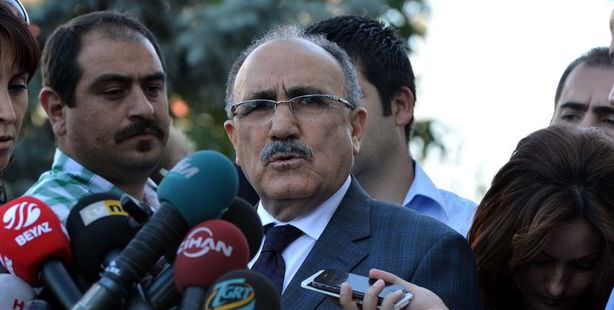 Prime Minister Erdoğan led a meeting with high-level Turkish officials on Wednesday in an effort to finalize a long-awaited democracy package.

Prime Minister Recep Tayyip Erdoğan held a meeting with high-level government officials on Wednesday at the AK Party Headquarters in Ankara to work on the finalization of a democracy package to coincide with the ongoing resolution process aiming to put an end to the decades-long terrorism issue.

Prime Minister Erdoğan heard out all proposals and ongoing efforts on the forthcoming democracy package, which he hopes to finalize in a meeting with leading government officials planned for tomorrow after which he will announce the details of the package to the public.

During the meeting, Deputy Prime Ministers Atalay, Arınç and Bozdağ as well as Justice Minister Ergin made presentations on the progress made as well as on various proposals for new articles to be included in the democracy package. Later, Erdoğan as well as other participants shared their views on the proposed content and ongoing efforts. After hearing everyone out, it was then decided that the articles that did not reach a consensus at the meeting on Wednesday would be presented to a vote at a meeting of the party's highest-level deciding mechanism, the Central Decision and Administrative Board (MKYK) scheduled for Friday. After tomorrow's meeting, Erdoğan will convene once again with high-level members of his staff to finalize the content of the reforms package.

Speaking to reporters following yesterday's meeting, Deputy Prime Minister Atalay explained that what the government is working on is a comprehensive package that will address all segments of society. "Our approach as a party and as the government is to solve all societal issues through further democratization. The book we have published entitled Silent Revolution (Sessiz Devrim) is a continuation of these efforts as is the resolution process. This will be a comprehensive package that embraces all of these issues. Hopefully, we will be able to finalize the package on Friday," said Atalay.