AK Party closes in on finalizing details of democracy package 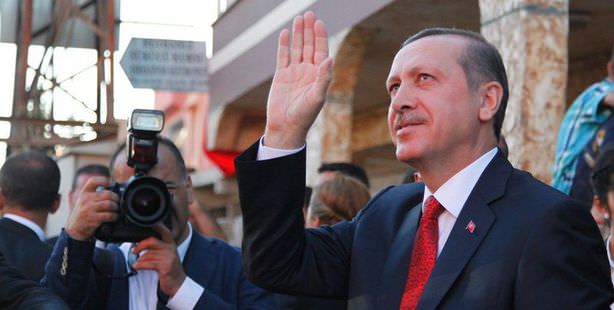 The democracy package the AK Party plans to finalize on Tuesday will consist of four main topics that will include the resolution process, Alevi issues, non-Muslims and the aggrieved in the February 28th intervention.

The Justice and Development (AK) Party are putting the final touches on a highly awaited democracy package that will be announced by Prime Minister Recep Tayyip Erdoğan to the public in a widely attended conference to be held next week. According to the information obtained, the democracy package, qualified as a series of reforms to address all forms of unjust treatment, consists of four main headings; the Kurdish issue, the Alevi initiative, the grievances of non-Muslims and the victims of the February 28th military intervention.

DEMOCRACY PACKAGE TO BE ANNOUNCED ON TUESDAY

While discussion of the items to be included in the package comes to a wrap, the proposals to be presented will be determined at a final meeting, which is to be held on Tuesday. During this meeting, the items to be included in the package, such as the Resolution Process, anti-discrimination, increased penalization for hate crimes, granting status to cemevis (Alevi places of worship) as part of the Alevi initiative, freedom to wear a headscarf in public institutions, widening the limitations on freedom of expression and protest, will be discussed in their final state.

THE BURDEN OF THE ECHR

An important factor of this democracy package is its potential to put an end to the legal process in Turkey, which has led the country to receive intense criticism from Europe and numerous charges in European Court of Human Rights trials. Should the package be passed by the assembly in its current state, it is being said that Turkey's hand will gain strength in Europe and as well as in the ECHR.

The package will also include an article allowing the return of certain names in Kurdish and other local dialects. Within this framework, it will be proposed that Tunceli be renamed its previous name of Dersim.

While sources say that a significant conviction has been established on the reopening of the Halki Smeinary in Heybeliada, Erdoğan's reciprocity suggestion is now being honed in on. Meanwhile, the package is also said to contain a number of surprising steps geared towards non-Muslim rights.

While a number of proposals brought to the agenda by public opinion have been discussed, it has been recorded that a consensus was reached on granting cemevis official status.

Another area in which the package will bring resolution for aggrieved parties involves the procedures that were put into place during the February 28, 197 "postmodern coup" era. According to information obtained, one of the most significant reforms in the package includes granting the freedom to wear headscarves in public institutions. The package is also expected to include an item dealing with the wrongful arrests that took place during the February 28 intervention.