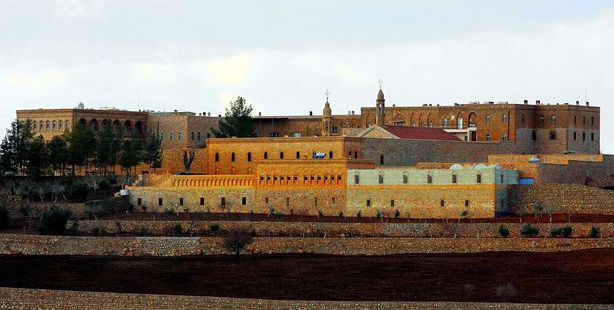 Prime Minister Erdoğan and members of his AK Party staff convened on Tuesday for a session held to put the final touches on the forthcoming democracy package, a series of reforms in line with the ongoing resolution process.

Led by Prime Minister Recep Tayyip Erdoğan, high-level officials from the ruling Justice and Development (AK) Party convened on Tuesday to discuss the final details on the democracy package, which will include a new series of reforms in line with the ongoing resolution process intended to further democracy and will be announced by Erdoğan towards the end of the month.

The democracy package is said to contain reforms on providing education in native languages as well as amendments towards establishing single-member districts. While yesterday, negotiations on the content of the democracy package was finalized, AK Party members are inspecting other global examples which will they put into use in shaping the final version of the proposed reforms.

Reforms planned for the election system may include establishing the infrastructure to switch to a single member district system, which would allow for the ten percent voter threshold to be either lifted entirely or lowered. The final decision will be made on this issue in forthcoming weeks.

A SOLUTION FOR MOR GABRIEL

The democracy package will also include the return of immoveable property to certain foundations. One of the most noteworthy examples said to be included in the package would be the return of the Mor Gabriel Monastery. Considered to be the Jerusalem of the Syriacs, the Mor Gabriel Monastery, located in Mardin, currently belongs to the state due to a Supreme Court of Appeals ruling. The democracy package is stated to most likely include the return of the land as part of a greater reform regarding returning expropriated property to non-Muslims and allowing said properties to be authorized as places of worship.