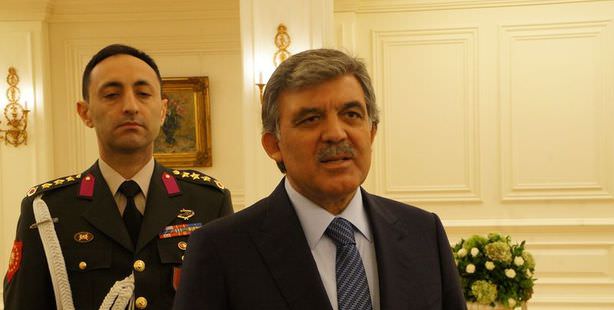 Commenting on the downing of a Syrian helicopter, which violated Turkey’s border by the Armed Forces on Monday, President Gül stated, “Due to the fact that the helicopter crossed the border, what needed to happen based on our rules of engagement is what took place. The opposite side also admits that they crossed the border.”

President Abdullah Gül commented on the Turkish Armed Forces shooting down a Syrian helicopter, which violated the border on Monday for reporters after hosting Ugandan Ambassador Johnson Olwa Agara at the Çankaya Palace in Ankara.

President Gül said the incident was a clear case of border violation on behalf of the Syrian helicopter and in order to maintain security Turkey had to follow its rules of engagement. "Turkey's border with Syria is not a normally operating border. There is an extraordinary situation at hand and we had announced to the entire world following previous events that due to our security considerations and threat perception we had changed the rules of engagement. As a result, due to the fact that the helicopter crossed the border during this atmosphere, what was done needed to be done according to our rules of engagement. The opposite side also admits that they crossed the border," stated Gül.