Turkey ready to mediate between Syrian opposition and regime 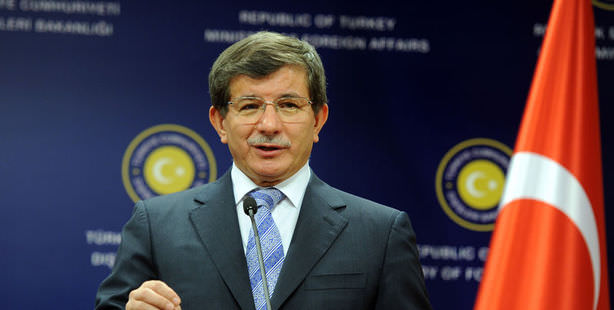 Foreign Minister Davutoğlu recently announced that Turkey would be willing to act as mediator between members of the Syrian regime, which have not been directly involved in bloodshed, and members of the opposition Syrian National Coalition.

Speaking to reporters on Wednesday at a press conference following a meeting with his Finnish counterpart Erkki Tuomioja in Ankara, Foreign Minister Ahmet Davutoğlu commented on the recent downing of a Syrian helicopter by Turkish forces followed by a car bomb blast along the border the next day.

Foreign minister Davutoğlu warned that Syria will suffer the consequences if the regime attempts to retaliate against Turkey for shooting down a Syrian helicopter on Monday, which had violated its borders despite repeated warnings.

Davutoğlu also commented on the explosion of a vehicle laden with explosives just ten kilometers distance into Syria from Turkey's Cilvegözü Border Crossing on Tuesday, just a day after Turkey's forces shot down the Syrian helicopter in violation of Turkey's air space. Davutoğlu said that certain parties should not reach the immediate conclusion that the incident was a form of retaliation by Syria and further added, "If the Syrian administration so much as considers the possibility of retaliation, they need to know they will suffer the consequences."

Davutoğlu did express however that Turkey would be willing to mediate amongst members of the regime which have not been directly involved in the violence and the opposition's Syrian National Council in an effort to establish a new Syria and put a peaceful end to the crisis in the country. However, he also reiterated his sentiment that Assad and his regime need to step down. Pointing out that an initiative based on the public's rightful demands could have a chance to succeed; Davutoğlu stated that any attempt to work with individuals who have been involved with violence and especially chemical weapons would never reap success.

Foreign Minister Davutoğlu once again addressed the Turkish Armed Forces shooting down a Syrian helicopter, which did not heed to multiple warnings and violated the Turkish border by two kilometers on Monday. Davutoğlu pointed out that the helicopter was warned twice and had the option to turn around, and stated, "This was a clear violation of Turkey's borders and Turkey's Armed Forces reciprocated as necessitated by our rules of engagement."Noting that Turkey will be briefing the international community on the incident, Foreign Minister Davutoğlu stated, "Turkey will never allow a war and one that ruthlessly executes its own public which is unfolding near its borders to spillover into the country. Turkey will not show weakness on this matter," said Davutoğlu.