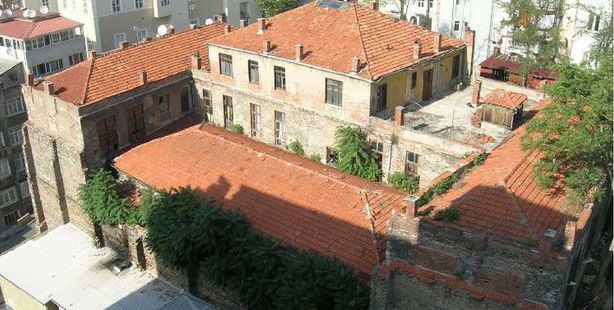 The Greek Foundation has applied to reopen a university, which once provided education during the Ottoman era. If the project is granted the required authorization, the university, which will provide education in Turkish, English and Greek, will admit students from all over the world.

The Istanbul Beyoğlu Central Greek Girls School Foundation has taken the first step towards reopening a university that once functioned during the Ottoman era and was later closed down. Located by the Taksim İlk Yardım Hospital, the four-storey building was returned to the foundation as part of a state-released law on returning confiscated property to minority foundations. A year after receiving the property from the Directorate General of Foundations, the Greek Foundation applied for the building to be reopened as a university.

Commenting on the project to reopen the building as a university, which will provide education in three languages; English, Turkish and Greek, Prof. Kalfoğlu stated, "The Directorate General of Foundations is supporting our bid to open the former Greek school in Taksim as the central building of a university. In principle, they have said it could work." Explaining that they applied for the project two months ago and are now awaiting an official response, Kalfoğlu says that they will then establish an administrative committee and will forward their application to the Higher Education Board (YÖK). Officials from the Directorate General of Foundations have stated, "From a technical standpoint there are no issues with establishing the building as a university. We will be evaluating the application submitted to us and will be issuing an official response."

'THIS WILL LAY THE FOUNDATION OF FRIENDSHIP'

Prof. Dr. Ersi Abacı Kalfoğlu stated they are hopeful the project will fruition and reminded that in the 1800's there were minority universities that served as Medical Schools and Science Academies. "We want to revive a university that existed in the past. We are hoping to draw in students from all over the world. This university will not just be for minorities, this will be a university geared for students from all over the world," said Kalfoğlu.

Explaining that there is a significant budget of 4-8 million TL required for the restoration of the building, Kalfoğlu stated, "The government has been the most influential factor encouraging this initiative." This university, which is currently in the project stage of planning for its establishment will offer a medical school as well as include science, literature, law and architecture departments, said Kalfoğlu, who went on to state, "We want this to be a university that will lay the academic foundation for Turkish-Greek friendship. This is what we are working for. We wanted to revisit this project in order to contribute to our Istanbul, our city, remaining as an eternal city of peace," she added.

Expressing his support for the project, Patriarch Bartholomew, delivered a closing address at the meeting held at the Hilton Hotel during which he stated, "Despite all of the obstacles that appear from a practical standpoint, we still need to encourage those who are embarking on this project. That is because only those who have courage are able to succeed in difficult situations."

There are no legal obstacles to the Greek Foundation establishing a university. In order to do so however, the foundation must conduct a one-year feasibility study, designate an administrative committee and apply to the Higher Education Board. Once an inspection has been finalized into the sufficiency of the building, the university may be established having garnered authorization from the Higher Education Board, the Ministry of National Education and the Council of Ministers. Once the authorization has been granted, the university may begin providing education in one year's time.