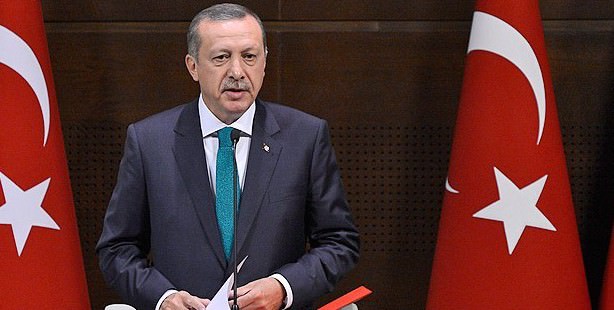 Turkish Prime Minister Recep Tayip Erdogan has unveiled a number of reforms on issues regarding political rights, such as election threshold, party organization, and propaganda in non-Turkish languages.

Announcing the democratization package, Erdogan elaborated on the new reforms and amendments regarding education.

He stated that they thoroughly reviewed the different practices of education in different languages and dialects in many countries with different methods.

"First of all, a law amendment in 2003 made it possible to open private courses to teach different languages and dialects traditionally used by our citizens in daily life as language courses were made available within the body of these courses for the same purposes," he said.

Erdogan reminded that they later paved the way for the establishment of departments in universities for training in different languages and dialects.

As for the democratization of education system, Erdogan added that they introduced a new system providing the opportunity to learn different languages and dialects by taking elective courses upon request.

"Now we are enabling providing education in different languages and dialects at private schools," said Erdogan.

"Council of Ministers will determine the languages and dialects to be used in education at the said schools and certain courses of these schools will be in Turkish," Erdogan further said.

Erdogan added that the democratization package would ensure participation in determining meeting place and route as well as extending the time periods for meetings and demonstrations.

Unveiling a number of reforms on issues regarding political rights in Turkish capital Ankara, Erdogan said participation would be increased by receiving the opinions of political parties, trade unions and trade bodies in determining meeting places and routes.

According to the amendment, in provinces and districts where more than one meeting place is determined at the same time, the regulatory authority is granted the opportunity to choose one of the meeting places determined for the exercise of the right to assembly and demonstration.

Extension of time periods for meetings and demonstrations

Termination of the government commissioner implementation

Reminding that the reforms recently carried out in the country enabled freedoms concerning the right to assembly and demonstration to be enhanced and the mutual confidence between state and citizens to substantially increase in this respect, Turkish PM said "As a sign of confidence in civil society, the implementation of the government commissioner is no longer needed during meetings and demonstration marches."

Strengthening of the meeting regulatory authority

Restoring the names of places

Stating that they would change the provision, Erdogan said, "However, the village names which are not Turkish and which cause confusion shall be amended in the shortest time possible by the ministry after receiving the consent of the standing provincial committee," Erdogan said the barriers in front of the cultural bonds with the past would be lifted.

Ban on the headscarf to be demolished

In the scope of the democratisation package, the ban on the headscarf, which constitutes an impediment for women in being employed and taking an efficient part in work life, will be abolished.

"The By-Law on the attire of personnel working in public institutions and organizations included restrictive provisions for both male and female officers," Erdogan said. "These limitations violated the freedom of thought and faith, right to employment, and included discrimination."

Erdogan said necessary amendments would be made in the relevant by-law and that gender-biased discrimination against women in work life would be stopped.

Those who have to wear formal suits, including members of Turkish Armed Forces, Security General Directorate as well as judges and prosecutors, are excluded.

Legal guarantee for personal data will be practised

Constitutional assurance was provided to protect personal data with a change in the Constitution on September 12, 2010, the Turkish premier said, adding that the draft law would be offered to the parliamentary.

The draft aims to prevent personal data from being processed unlawfully and to safeguard the personal data in accordance with contemporary standards.

Personal data, thus, will be under legal guarantee.

Deterrent sanctions against hate crimes will be practised

Actions and behaviours caused by feelings of hate or prejudice against a person or a group resulting from some basic characteristics of that person or group - such as religion, sect, language, race, nationality, gender, disability, philosophical belief or political view - will face deterrent sanctions, Erdogan noted.

"Deterrence for crimes of discrimination will be increased for a more effective struggle against the crime of discrimination," he said, adding that the punishment for such crimes would range from 1 year up to 3 years.

Erdogan said, "With the relevant arrangement, the "Anti-Discrimination and Equality Commission" will be founded and in the case of the violation of the prohibition on discrimination, the public institutions authorised on this issue shall be deemed responsible to take necessary precautions in order to end the offence, eliminate harmful consequences, prevent recurrence and ensure judicial and administrative prosecution of the violation."

Respect for lifestyle will also be protected within the scope of the democratisation package.

With a new paragraph added to the articles of the Turkish Penal Code, a new crime is created so that a person who intervenes in a person's lifestyle preferences shaped by his/her beliefs, opinions or conviction or forces him/her to change his/her lifestyle by resorting to force or threat or other illegal behaviours will be punished, Erdogan stated.

Practice of the student oath to be removed

Turkish Prime Minister Recep Tayyip Erdogan has said the practice of reiterating the student oath, which began in 1933, removed from secondary schools last year, will also be removed from primary schools as part of Turkey's democratization package.

He said an amendment to the relevant by-law would be made by the Ministry of National Education.

Land of Mor Gabriel Monastery to be returned to relevant foundation

"We will return an important right of our Assyrian community in this way, protecting their property rights," he added.

Arrangements for Romani citizens to be made

Erdogan said a "Romani Institute" would be established at a university in one of the provinces densely populated with Romani citizens in order to conduct scientific studies on the language and culture of Romani citizens, as well as to research the problems they have encountered and to develop solutions.

He noted that the efforts initiated by the relevant ministries and institutions would be accelerated.

"We have also taken important steps for the settlement of Romani citizens and begun to build houses for them with the help of TOKI in several towns and cities including Edirne, Canakkale, Sakarya and Bursa," he said.