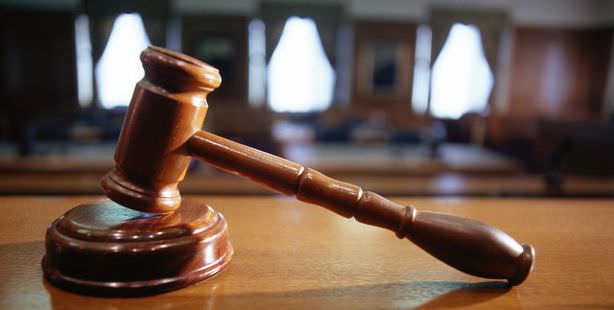 The Supreme Court of Appeals upheld the convictions of 237 suspects, including former armed forces commanders, in a unanimous ruling on Wednesday on the Sledgehammer (Balyoz) coup plotting trial. The highly debated digital data presented in the trial was considered legally sufficient to count as evidence in a development that may be critical for the ongoing Ergenekon and February 28 trials.

The Supreme Court of Appeals ruled on upholding the convictions of 237 defendants in the Sledgehammer (Balyoz) trial for "attempting to stage a coup". The case trying 361 suspects, including retired generals Çetin Doğan, Özden Örnek, Halil İbrahim Fırtına and retired Lieutenant General Engin Alan'ın, is Turkey's first trial on "plotting to stage a coup". The appeals court on Wednesday approved a vast majority of the convictions served in the case.

The appeals process, which has been ongoing since August by the Ninth Criminal Chamber of the Supreme Court of Appeals, came to a close on Wednesday as the appeals court ruled to uphold the convictions of 237 of the defendants while also chose to acquit 88 others accused in the case. The Ninth Criminal Chamber heard out 96 defense attorneys in 17 sessions over one month, marking the longest trial in the history of the Supreme Court of Appeals. From here on out, the charged defendants maintain the options of applying individually to the Constitutional Court or to take their case to the European Court of Human Rights.

INTENT TO OVERTHROW THE GOVERNMENT

The Supreme Court of Appeals also ruled that the definition of the crimes as well as the establishment of the existence of crimes as determined by the Istanbul Tenth High Criminal Court which oversaw the original trial was in line. The appeals court came to the conclusion however that although the defendants are being tried with attempting to forcibly overthrow and obstruct the function of the Turkish Republic, the crimes committed remained limited to the stage of attempt.

In the detailed ruling released on Wednesday, the court of appeals approved the authenticity of highly debated digital data, stating that it was admissible as evidence, a decision which in effect establishes the legal grounds of submitting digital data as evidence in other ongoing "coup trials" such as the Ergenekon case and the February 28th trial. The debate surrounding the digital data was in regards to claims of tampering or fabricating evidence after it had been acquired.

The appeals court ruling upheld the sentences issued by Istanbul's Tenth High Criminal Court for 237 defendants including high-ranking officers accused in the case such as, First Army Commander retired General Çetin Doğan, Air Forces Commander retired General Halil İbrahim Fırtına, Naval Forces Commander retired Admiral Özden Örnek, retired General Ergin Saygun as well as retired Lieutenant General and MHP Istanbul Deputy Engin Alan. The appeals court also approved the acquittal of 36 suspects as ruled by the Istanbul Tenth High Criminal Court while also chose to reverse the sentences of 25 sentenced suspects for lack of convincing evidence and those of 63 other defendants for experiencing remorse and backing out prior to the crime being committed. As a result, the Supreme Court of Appeals issued an overruling for 88 suspects in a deviation of the previous ruling issued by the Istanbul Tenth High Criminal Court.

TEARS OF JOY AND SORROW

Relatives and loved ones of those acquitted greeted the retired high-ranking military officers that were released with applause and tears of joy, as those close to the defendants whose convictions were upheld broke down in tears of sorrow.

WHAT IS THE SLEDGEHAMMER PLAN?

The Sledgehammer (Balyoz) plan refers to an alleged coup plot staged by the First Army Command between the dates of March 5 to 7, 2003 in an attempt to overthrow the Turkish Republic's newly elected government. The five-stage plan was allegedly prepared by a junta under the leadership of First Army Commander at the time Çetin Doğan. The five phases are said to include the Oraj and Suga action plans by the Air Forces and Naval Forces respectively in an attempt to foment chaos to lay the groundwork for staging a coup. Other plans involved targeting, religious group leaders, non-Muslim community leaders, anti-coup academics and liberals as well as democratic-stance journalists. According to the plan, by bombing the Fatih and Beyazit Mosques the government would be forced to announce Martial Law, while the downing of a Turkish warplane over Greece's airfield was intended to provoke the public.