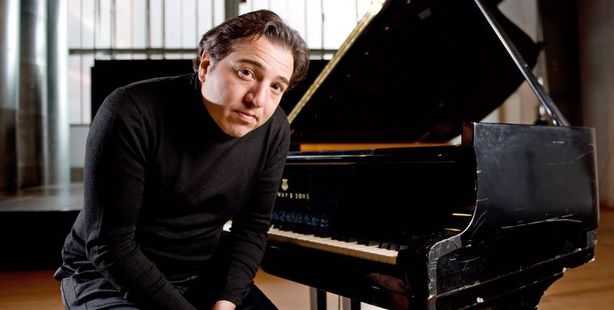 A new draft resolution to be presented on hate crimes includes a number of amendments to Article 8 of the Turkish Criminal Code. If passed, crimes of libel may no longer be subject to a prison sentence, which means that pianist Fazıl Say may not have to serve time in jail.

The draft resolution on hate crimes, which constitutes one of the most important legs of the recently released Democracy Package, has been finalized. According to the resolution, hate crimes will no longer be considered subject to separate legislation and will fall within the framework of the Turkish Criminal Code (TCC). The resolution includes a series of amendments to Article 8 in the TCC, in which a majority of sentences will be subject to increments. The resolution also includes a surprising item, which may prevent internationally-acclaimed pianist Fazıl Say from having to serve time in prison. According to the resolution, prison terms will no longer be issued against offenses of libel. The draft resolution, which includes the following amendments, is expected to be presented to the Assembly Speakership in the next few days:

DEFINITION OF HATE CRIMES: All crimes committed against one or more individuals based on religion, race, nationality, skin color, philosophical beliefs or sects will be defined as crimes of hatred and prejudice.

AMENDMENT TO ARTICLE EIGHT: The resolution will include regulations on hate crimes being included in the TCC as well as increased penalizations for voluntary manslaughter, enforcing injury, torture, looting, threats, depriving someone of their rights, insult and property damage.

NO PRISON TIME FOR LIBEL: The new draft resolution includes rooted reforms to the 125th Article in the TCC, which covers offenses of libel. Instead of the current jail sentence spanning from three months to two years issued for crimes of libel or offense, crimes of this nature will be sentenced to pay a punitive fine for up to 90 days. As for violations involving insult to religious values, the current minimum one-year prison sentence will be amended to a punitive fine of at least 200 days.

PROTECTION FOR ATHEISTS: Anyone who insults another based on their being Sunni, Alevi, Atheists, handicapped or according to the political party they voted for will be subject to a punitive fine.

All articles to incur amendments on hate crimes will include the terms, 'language, racial, nationality, skin tone, religion, philosophical beliefs, disability and sects' and will be subject to increased punitive measures.

The resolution's proposed amendments on crimes motivated by hatred are as follows:

1- Those charged with voluntary manslaughter will be subject to aggravated life sentences, up from the current life sentence.

2- Causing voluntary harm will no longer be considered a crime based on complaints. The penalization for such crimes will be increased by half of the original sentence.

3- Crimes of torture, which are currently served 3 to 12 year prison sentences, will be subject to a jail term of between 8 to 15 years if considered to be motivated by hatred.

4- Sentences issued for threats will be raised from one year to five.

5- The five-year sentence for depriving someone of his or her freedom will be doubled if considered a hate crime.

6- Looting motivated by hatred will be subject to a prison sentence ranging from 10 to 15 years.

7- The current jail sentence of four months to three years for crimes involving property damage will be increased to span between one to six year sentences.

The draft resolution also includes a 'lifestyle' amendment to Article 115 in the TCC. The resolution includes an amendment to the article, which will state: "A one to three year sentence will be served to anyone who attempts to intervene or alter an individual's preferred lifestyle based on beliefs, thoughts or perspectives through the use of force, threat or other illegal means."