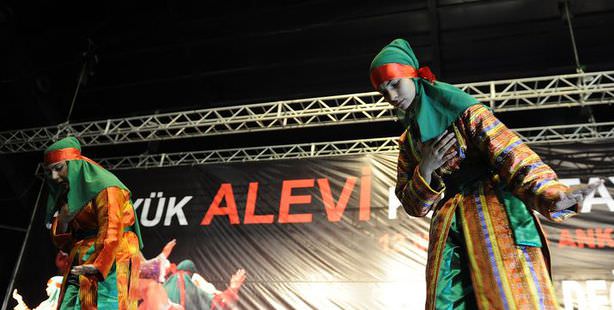 The government will soon be announcing a highly anticipated Alevi package which will put an end to the ongoing debate of what sort of status should be granted to ‘cemevis’, which are Alevi places of worship.

The government has been engaged in ongoing efforts to finalize an Alevi initiative package, which they had decided to introduce separately to the recently revealed Democracy Package. Perhaps the most highly sought question in regards to the Alevi initiative has now been answered. The ensuing debate of what status will be granted to cemevis (Alevi places of worship) has finally been determined. Instead of granting cemevis status equivalent to a cultural center, place of worship or religious belief center, cemevis will simply remain under the same status they have been adopted with by Alevis and society for years. Simply said, cemevis will be granted status as cemevis.

As government efforts led by Deputy Prime Minister Bekir Bozdağ continue to formulate an Alevi initiative package, the highest point of debate was experienced on the issue of granting status to cemevis. While a segment of Alevis were in favor of granting cemevis status of a place of worship, others objected to the move claiming that they "do not recognize cemevis whatsoever." Due to the lack of consensus on the matter, the government was forced to separate reforms regarding Alevis from the recently released Democracy Package. The overriding view amongst the state was, "We will not get anywhere if we wait for a consensus to be reached. As was the case with the Kurdish issue, we need to take into consideration what is being said by all sides and then embark on establishing our own resolutions. Let us bring in a new perspective."

For awhile now, efforts were focused on the options of granting cemevis status as a 'cultural center', a 'belief and culture center', or a 'place of worship.' However, all of these prior options have now been pushed to the wayside and it has been decided that cemevis do not actually need to be granted status as anything other than what they are. The overriding decision was reached that, "Alevi citizens as well as the greater society have already widely accepted cemevis as being cemevis. This is no longer an issue debated by Alevis and Sunnis. They already have a name that a consensus has been reached on. Cemevis should remain as cemevis."

SALARY AND BILLS TO BE STATE-SPONSORED

The second stage of the ongoing efforts to present an Alevi initiative package involves the state taking on certain costs for the establishments of cemevis, spanning from providing property, electricity and water costs as well as offering salaries to two personnel members for every cemevi, which will include a 'Dede' and an individual in charge of organizing events.

SEEKING A FORMULA FOR SUBSIDIES

As for allocating land for the establishment of cemevis, there appears to be no hang-ups. The government is of the opinion that municipalities already designate land for cemevis and the issue is one believed can be easily surpassed through minute changes to the Development Plan Law. The sole issue remains to be how financial resources will be allocated to cemevis. Initially the state deliberated on a formula of transferring funds via a foundation to be set up as a public benefit. However, it was soon realized that this method is not possible as the state has never transferred funds to a public benefit foundation. Once the government has finalized the formula to be followed to provide financial support for these new measures, the package geared for the nation's Alevi community will be revealed to the public and passed on to parliamentary approval.