Politicians allowed to campaign in 36 languages in Turkey 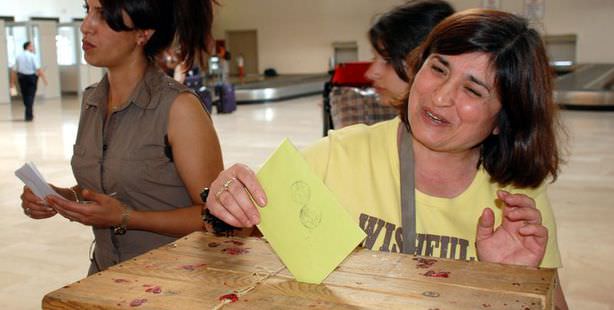 As part of the reforms included in the recently released Democracy Package, political parties and candidates in Turkey will now be allowed to campaign in the 36 different languages spoken throughout Turkey.

In the past, during election eras, politicians were only able to promote their candidacy in Turkish as they travelled from village to village all over the country to share their vision with voters. From here on out, however candidates will now be allowed to address their constituents in their own native language. Politicians running for office will be able to address residents of Bilecik, Eskişehir, Samsun, Amasya, Tokat and Düzce in Abkhazian, citizens in Mardin an Siirt in Arabic and in Armenian for residents of Istanbul, Hatay, Diyarbakır and Kars.

Should they choose, deputies or municipal mayoral candidates will also be allowed to explain their pledges should they win the elections in the Black Sea region in the local dialects of Laz, Georgian and Hamsheni.

According to Linguistics Foundation President Nadir Engin Uzun, there were 36 languages spoken in Turkey in 1965, which is the last time a population census included the question of what language or languages citizens communicated in.