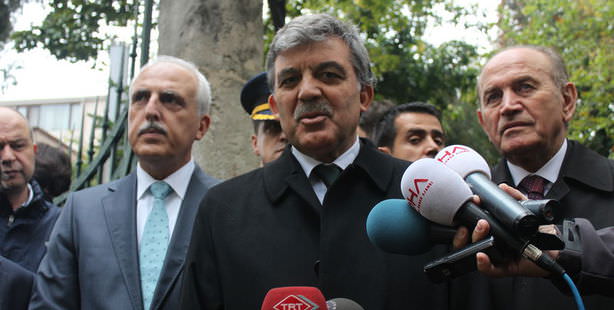 President Gül has expressed support for Saudi Arabia’s decision to decline a seat at the United Nations Security Council and said that he hopes the decision will draw international attention to the UN’s ineffectiveness in resolving world conflicts.

On Friday, Saudi Arabia rejected a two-year term as a non-permanent member of the United Nations Security Council citing its insufficiency in resolving world conflicts, especially the situation in Syria and the Israel-Palestine issue and its failure in eradicating weapons of mass destruction in the Middle East.

Commenting on the announcement made by the Saudi Arabian Foreign Ministry on Friday, President Abdullah Gül stated that Saudi Arabia's decision to decline a seat at the UNSC should be met with respect. "The U.N. is losing significant esteem in the conscience of global humanity. I have always criticized the U.N. at the General Assembly meeting," Gül told reporters in Istanbul.

Referring to the international 15-member body's inability to resolve conflicts, Gül stated, "Understandably Saudi Arabia's decision has become a meaningful response that will draw the world's attention. They have chosen to take this path and this decision must be met with respect. I hope that the world's attention will be drawn to this issue in this manner," said President Gül.

The UN Security council voted on Thursday to offer Saudi Arabia a non-permanent seat for its two-year 2014-2015 term. Saudi Arabia, which was elected for the seat with 176 votes, declined the offer on Friday and said they would only consider joining if the international body was willing to take on reforms.