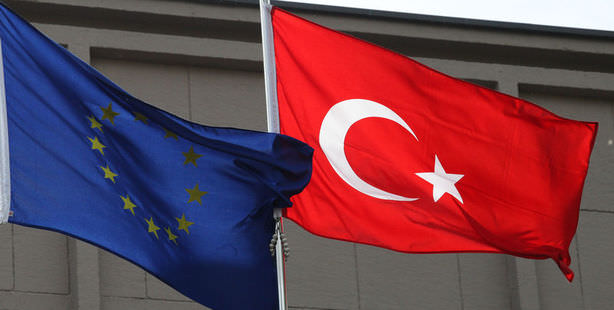 The European Union has announced the decision to open Chapter 22, on regional policies, with Turkey. This is the first time the EU has decided to open a new chapter in Turkey’s accession process in three years.

The European Union General Affairs Council agreed on Tuesday to open a new chapter with Turkey on November 5th in an Accession Conference that will revive negotiation talks in Turkey's EU accession bid. Chapter 22, entitled Regional Policy and Coordination of Structural Instruments, is the first chapter to be opened following a three-year hiatus in negotiations in which no new chapters were opened.

The decision to restart negotiations is said to have followed Germany's change of heart in its opposition to Turkey's accession. Germany decided to give the green light to Turkey's membership negotiations following the release of the European Commission's Progress Report on Turkey last week, which highlighted the progress on democracy and freedom of expression in Turkey and welcomed the government's recently released democratization package.

The decision was welcomed by EU Commissioner for Enlargement Stefan Füle who referred to the move as an important step and stated, "Recent developments in Turkey underline the importance of EU engagement and of the EU remaining the benchmark for reform in Turkey. To this end, accession negotiations need to regain momentum, respecting the EU's commitments and established conditionality." Füle also added that he hopes more chapters will follow.

The chapter on regional development policies was expected to be opened earlier this year. France, under Nicholas Sarkozy's lead, initially opposed resuming accession talks with Turkey on regional development, followed by Germany, while Turkey and the EU experienced discord over the nationwide protests at the start of the summer. Recently, Germany changed its tune with German Foreign Minister Westerwelle commenting on Monday on the opening of the first new chapter with Turkey in three years by stating, "I believe that the decision for the accession conference is the right decision for Europeans and for Turkey." Last Thursday the Netherlands announced that they would not use a veto on Turkey after a parliamentary session on enlargement.

Turkey began negotiations to join the EU in 2005 and as a candidate country must successfully complete negotiations on 35 policy chapters. Turkey has started negotiations on 13 chapters; however, no new chapter has been opened in the past three years.

The beginning of negotiations on Chapter 22 will start with an Accession Conference attended by ministers from the 28-member states of the EU on November 5. EU Minister and Chief Negotiator Egemen Bağış as well as Development Minister Cevdet Yılmaz are expected to represent Turkey at the inter-governmental conference.