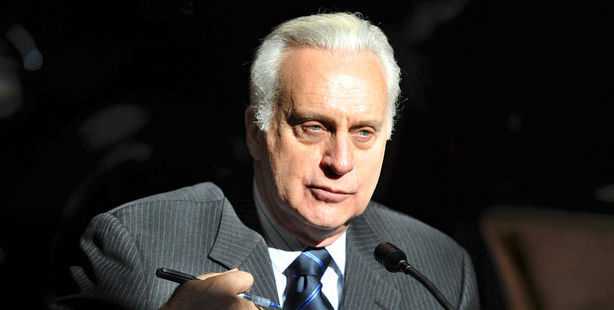 Offering up his assessment of the recent developments surrounding the release of the two articles in question earlier in October, U.S. Ambassador Ricciardone expressed that it was a privilege to work with Hakan Fidan and said that they work in harmony on intelligence matters. "From a personal perspective I would like to say that Hakan Fidan is a loyal, talented, competent and dedicated senior level Turkish bureaucrat. For me, working with him is a privilege and a pleasure," said the U.S. Ambassador adding that close cooperation between Turkey and The U.S. will continue on security, defense and intelligence regarding sensitive issues in the region.

On October 9, the Wall Street Journal published a report on Turkey's National Intelligence Chief Hakan Fidan and his background and on October 17, the Washington Post published an article alleging Turkey divulged information to Iran regarding Israeli spies operating on its territory. The Spokesperson for Israeli's Foreign Ministry has since announced that Israel shared no such information in regards to the content of the article.

'WE ARE VERY CONCERNED'

U.S. Ambassador Ricciardone also commented on Turkey's deliberations with a Chinese firm for its long-range missile defense program by stating, "We are very concerned about the prospective deal with the U.S.-sanctioned Chinese firm." Noting that this is a commercial decision and Turkey's sovereign right to elect for which system to choose, Ricciardone stated that the U.S. is concerned for what the decision may mean for allied air defense.

Ricciardone added that respectful discussions are ongoing with Turkey through official channels and said, "However. Turkey will make its own decision after examining the facts."