PM Erdoğan praises the end of discrimination, inequality and injustice 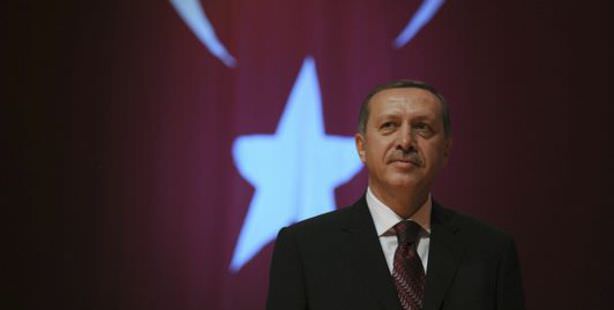 Prime Minister Erdoğan commended the entry of lawmakers wearing headscarves into parliament on Thursday and said that the historical move marked the end of a practice of inequality and injustice of discrimination based on manner of dress.

Prime Minister Recep Tayyip Erdoğan praised the historical progress made yesterday in Turkey against discriminatory practices, which have endured for decades during a televised address to the nation aired on October 31. Erdoğan praised the end to a discriminative, unequal and unjust practice in response to the historical entry of four headscarf-wearing lawmakers on Thursday to Turkey's Grand National Assembly after a decades-old prohibition was lifted on such an inane restriction.

Congratulating the nation on the 90th anniversary of the founding of the Turkish Republic, Erdoğan stated that the heroic legacy written and displayed in Gallipoli represents the spirit and essence of Turkey's Grand National Assembly. "The Assembly, which was formed on April 23, 1920, has, just as we did during the Battle of Gallipoli, always welcomed representatives from all over Turkey, every state, every ethnicity and every form of religious belief. No one was ever given second-class treatment, no one was ever denigrated. Every individual who resides within the parameters of our national oath was represented by our Assembly and everyone's views were paid heed to," stated Erdoğan.

"Within the past 90 years, from time to time, certain individuals came to the forefront and portrayed themselves as being the sole owners of the Republic, which unfortunately has caused this Republic harm," stated Erdoğan adding that for certain people to be marginalized and denigrated and certain segments to be perceived as worthless or servile is an alienation from the spirit and essence of the Republic, which has targeted both unity and brotherhood.

"This Republic of ours does not belong to one particular rank. Without exception it is a monument of the people who live on this land. The Republic is only meaningful when there is democracy. Throughout history and even today, a number of authoritarian regimes have named themselves a Republic, however, because they were not governed through democracy, their liberties have been restricted and the public has been oppressed. Democracy does not go against or is not counter to a Republic; it is in fact an integral component of a Republic," emphasized Erdoğan.

THE HEADSCARF IS NOT A "POLITICAL SYMBOL"

Referring to the democratization package released on September 30, which has introduced a series of reforms including lifting restrictions on wearing headscarves in public service positions, Prime Minister Erdoğan stated, "Those who do not wear headscarves are just as much the citizens of this nation and the owners of this Republic as those who do. They both have the same rights and liberties in this nation. To exert precedence for one over the other is entirely contrary to the principle of equality and justice. The years of discriminating between our citizens, youths and students based on their manner of dress has not worked to benefit anyone and quite the opposite, it has harmed our nation's unity and brotherhood."

Prime Minister Erdoğan also rejected labeling headscarves as political symbolism, which he said was a form of ignorance, adding that those who fulfill their religious duties have suffered heavy victimization in this country. "We have eradicated the discrimination based on manner of dress in the public sphere. In the period to follow, we will also be taking steps through both administrative and legal amendments, which will prevent discrimination, marginalization and hatred. Hopefully, we will be able to lift the extremely unjust pressures exerted on our public one by one. We want to celebrate the 100th anniversary of this Republic with great excitement, success and joy," stated Erdoğan adding that they believe the greatest tribute they can pay to the nation is through ensuring its growth. Prime Minister Erdoğan added that they hope that in the next decade Turkey will become one of the world's ten largest economies.

Referring to the opening of the landmark Marmaray undersea rail tunnel project on the 90th anniversary of the Republic as an audition for the centennial, Erdoğan stated that the Marmaray tunnel was a global project that was a dream of this state spanning back 122 years.

Prime Minister Tayyip Erdoğan met with the Prime Minister of Iraq's Kurdistan Regional Government (KRG) Nechirvan Barzani at the Prime Ministry office at Dolmabahçe' Palace on Friday. The meeting focused on new gas pipelines planned to pass through Turkey as well as the latest developments in Syria and Iraq. Erdoğan was joined by Energy and Natural Resources Minister Taner Yıldız as well as Turkey's National Intelligence Organization Chief (MİT) Undersecretary Hakan Fidan. On Friday, Barzani also had the opportunity to meet with Foreign Minister Ahmet Davutoğlu.