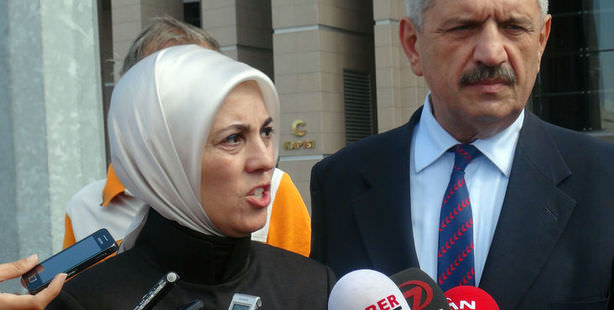 Merve Kavakçı, a Turkish lawmaker who was precluded from taking her oath as Istanbul Deputy for the now defunct Virtue Party, due to arriving to the Assembly in a headscarf, shared her sentiments regarding the historical turn of events that transpired yesterday when four deputies wearing headscarves attended a General Assembly session. Congratulating the parliamentarians, Kavakçı stated, “rights have been returned and failing suspicions have come to an end.”

Commenting on the new precedent set in Turkey's parliament on Thursday by the decision of four lawmakers to attend the General Assembly wearing headscarves, Merve Kavakçı, who was elected as Istanbul Deputy in 1999 however was not allowed to take her oath due to her decision to wear a headscarf in the Assembly, qualified the move as an important step for human rights in Turkey. "Rights have been returned and failing suspicions have come to an end," said Kavakçı, who also congratulated the Turkish parliamentarians on their decision.

Merve Kavakçı, Turkey's first headscarf-wearing deputy, who was forcefully removed from Parliament in 1999, during her oath-taking ceremony, despite being a democratically-elected Istanbul Deputy, welcomed the move and called on those who wear headscarves to more closely follow rights violations in the future and to take on the duty of acting as a conscience to society. "No one lost anything by the extremely natural decision to exercise their human rights, in other words by entering the Assembly wearing headscarves; however, society has regained a lot from the move. Turkey's human rights issues are not over however, with this move. Steps need to be expedited in other areas and a constitution or legislature amendments must be in place to ensure that everyone has the right to live according to their beliefs," stated Kavakçı.

Kavakçı, a Harvard graduate who is currently a professor at George Washington University and Howard University in Washington D.C., lost her citizenship and was banned from practicing politics in Turkey for five years in the aftermath of what transpired on May 2, 1999, when she was precluded from taking her swear-in oath by members of the Ecevit-led Democratic Left Party (DSP). Kavakçı's decision to wear a headscarf in Parliament was also cited as evidence by the Constitutional Court, which proceeded to shut down her Virtue Party (Fazilet Partisi) in 2001. Kavakçı also added in response to the new page turned in Turkey's Assembly that this "significant and extremely positive step" regarding the headscarf issue should facilitate a quicker solution to the ban in place in other institutions such as the Turkish Armed Forces and the police department.