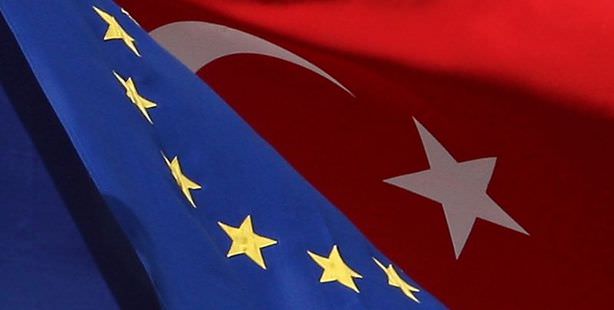 The EU’s 22nd Chapter on Regional Policies will be opened with Turkey in an Inter-governmental conference held in Brussels on Tuesday. This is the 14th chapter to be opened with the EU in Turkey’s membership accession bid and the first since an over three-year hiatus.

The 22nd Chapter on "Regional Policy and Coordination of Structural Instruments" is to be opened to negotiations in Turkey's EU accession bid in an Inter-governmental Conference held in Brussels on Tuesday. This not only marks the 14th chapter to be opened in Turkey's EU negotiations process, but it is also the first chapter to be opened since Chapter 12 on Food Safety, Veterinary & Phytosanitary Policy, which was opened on June 30, 2010 during Spain's stretch as EU term president.

Turkey will be represented by European Union Minister and Chief Negotiator Egemen Bağış as well as Development Minister Cevdet Yılmaz at the Inter-governmental Conference held in Brussels on Tuesday and which will be chaired by EU Term President Lithuania's Foreign Minister Linas Linkevicius. The European Commission will be represented by EU Commissioner for Enlargement Stefan Fule.

The opening of a new chapter with Turkey was approved during an October 22 meeting of the European Union General Affairs Council, during which it was decided to begin negotiations on Chapter 22 which deals with regional policies aimed at facilitating Turkey's regional development.

The EU based the decision to resume talks with Ankara on the European Commission Progress Report on Turkey, which was released on October 16 and widely considered by both Brussels and Ankara to be "balanced", and resulted in the German government also adopting a positive stance on resuming talks with Turkey, which remained frozen for the three years prior.

The Chapter on "Regional Policies" was initially intended to be opened in June; however, a number of key EU member nations, including Germany and Holland, objected citing the Gezi Park protests as the reason behind their postponement of the Inter-governmental Conference. Although it was decided "in principle" in June to open a new chapter with Turkey, the date in which negotiations would officially begin at an Inter-governmental Conference was left up to being determined following the release of the EU's Progress Report on Turkey.

Up until now, 13 chapters have been opened between the EU and Turkey out of a total 35 chapters in the latter's membership bid. On June 12, 2006, the EU opened its first chapter with Turkey on "Science and Research," which includes 25 headings.

This most recent chapter on "Regional Policy" aims to bridge the socio-economic divide between candidate nations by the EU and to decrease the imbalances within nations by providing socio-economic integration and decreasing regional disparities. The chapter, aptly entitled Regional Policy and Coordination of Structural Instruments has three main objectives in mind in reducing socio-economic disparities between regions and encouraging development, which are integration, regional competitiveness and employment and regional cooperation.