Bahçeli thanks the government for Marmaray 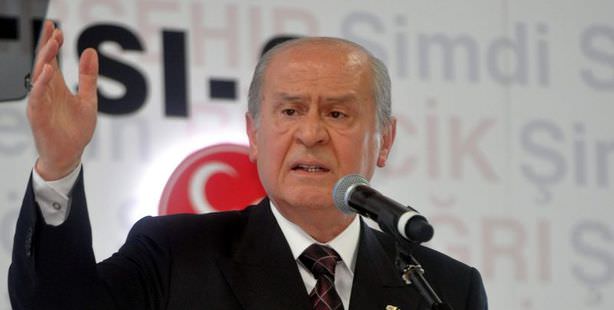 Commenting on the opening of the historical Marmaray undersea tunnel, MHP Chairman Bahçeli stated, "We will congratulate anyone who does something positive for Turkey.”

The opposition Nationalist Movement Party (MHP) leader Devlet Bahçeli congratulated everyone who contributed to the completion of the Marmaray under sea tunnel, which runs under the Bosphorus Strait linking Europe to Asia and is the first tunnel to connect two continents. Speaking to fellow party members at an Assembly group meeting, Bahçeli stated, "On behalf of my party, I would like to thank everyone who exerted effort and contributed to the completion of the Marmaray tunnel. We would not hesitate from congratulating whoever does something beneficial for Turkey regardless of which party is in power."

Bahçeli also noted that the 57th Government of the Turkish Republic (the coalition government of 1999 to 2002) contributed significantly to the initial phase of the project including conducting the feasibility and engineering studies, holding the preconstruction tender and securing the credit for the project which was put to a tender on July 25, 2002.