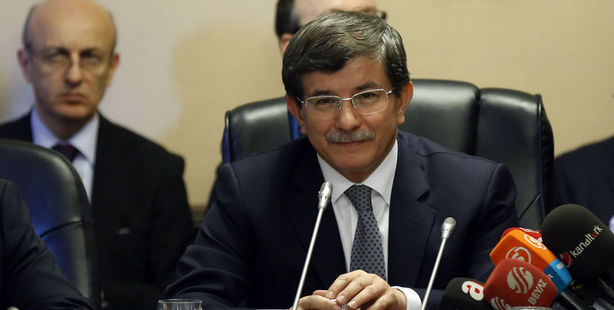 During an address at a panel on the mediation perspectives of Turkey and Norway held as part of a workshop entitled "International Mediation Trends" hosted at the Sheraton Hotel in Ankara, Foreign Minister Ahmet Davutoğlu emphasized the "extremely genuine" relations between Turkey and Norway. Davutoğlu also referred to new crises surfacing as a result of the Arab Spring and stated, "Similar to reconstructing buildings demolished in an earthquake, mediation is also the best path towards dealing with crises."

Norwegian Foreign Minister Borge Brende, who also attended Wednesday's workshop, pointed out the necessity for patience in resolving conflicts. Expressing the importance for Norway to work in collaboration with Turkey, Brende stated, "As an influential and powerful actor, Turkey could take on the role of mediator, while Norway could be a facilitator."

"YOU BELIEVE IN SOMEONE WHO MASSACRES HIS PEOPLE"

Meanwhile, during a Parliamentary Foreign Affairs Commission, Davutoğlu experienced an exchange of words regarding Syrian state leader Assad with CHP Deputy Refik Eryılmaz. The CHP lawmaker stated during the session that Assad asserted the government was supporting radical extremists, to which Davutoğlu responded, "You don't believe us, but you believe someone who is massacring his own people. For once, use your conscience of humanity and criticize Assad. All of the reports of the meetings we have held have been recorded in the archives."