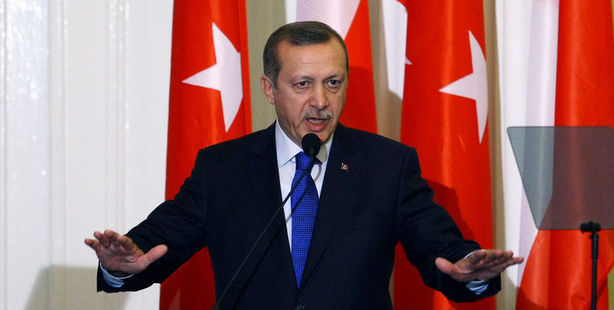 Prime Minister Erdoğan commented on the debate surrounding co-ed student residences upon his return from a tour of Finland, Sweden and Poland by stating, “We simply made a statement regarding complaints by families, however the issue was somehow dragged into misconduct and barging into homes.”

Prime Minister Recep Tayyip Erdoğan held a meeting with newspapers' editors-in-chief to discuss issues on the current agenda upon his return from an official visit to Finland, Sweden and Poland. In response to Deputy Prime Minister Bülent Arınç's comments on a recent television broadcast on statements made by Erdoğan criticizing the co-habiting of female and male students, the Prime Minister said that he will raise the issue in private with Deputy PM Arınç. "This is not the place, nor are you the people with whom I would discuss something my colleague or government spokesman may have said. If there was an issue, we would discuss it in private. I will do what is necessary in the place that is appropriate and not through the television or the media. We could discuss the issue at the Central Executive Board or the Council of Ministers meeting," stated Erdoğan adding, "I have said everything that I want to say on the matter. These sorts of issues are discussed just once or twice, there is no reason to constantly revisit the issue nor is there any reason to drag the issue into other areas. We simply made a statement regarding complaints by families, however the issue was somehow dragged into prostitution, misconduct and barging into homes."

ON THE LORRY SEIZED WITH WARHEADS…

Prime Minister Erdoğan also commented on Adana police seizing a lorry said to contain a high number of explosives and munitions on Thursday by stating, "The rocket warhead molds were brought in from factories in Konya and Adana by Syrians. They also paid for them. Those factories are actually manufacturers of agricultural tools."

Prime Minister Erdoğan pointed out that the seizing of the lorry is evidence of the Turkish Republic's sensitivities on the issue and stated, "Turkey's weapons manufacturers, whether official or semi-official, are known," adding, "They are also private… All of their sales are done so on the record." Prime Minister Erdoğan emphasized that the Turkish Republic government would never stand behind a terrorist organization and stated, "Turkey is becoming more powerful. There are powers both inside and outside of the country that are trying to prevent this. There are certain countries behind the nation's capital and media. They are attempting to display Turkey as having connections with terrorist organizations. If they were to seek out the weapons' origins, their own countries would surface."

ON THE ELECTION PROCESS…

"This Sunday we will be conducting a tendency survey in 14 metropolitan cities, which will mean 30 metropolitan cities will have been completed. Next week, we will be conducting surveys in 521 provinces. We will then begin announcing our provincial candidates once we are satisfied with the results and our views have been finalized," stated Erdoğan. The Prime Minister also mentioned that the AK Party has joined the Alliance of European Conservatives and Reformists (AECR), which, he said also includes the ruling parties from England and the Czech Republic.

This is a translation of an article originally written by Erdal Şafak.