Fifty-three percent of Turkey’s public trust in the government 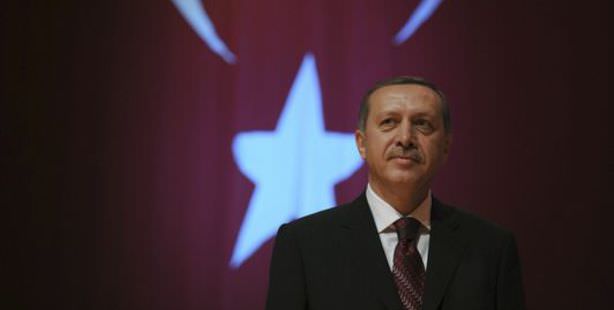 According to the OECD’s 2013 Government at a Glance report, 53 percent of citizens in Turkey trust in their government, whereas “today only four out of ten citizens in OECD countries say they have confidence in their national authorities,” the report states.

"The share of respondents expressing confidence in national government in 2012 is lower on average by five percentage points (from 45% to 40%) than in 2007," points out the OECD report. Turkey's results did not differ considerably with a small drop from 56 percent of trust in the government experienced in 2007, dropping to 53 percent by 2012.

"The larger drops in trust occurred in countries facing either a political, fiscal or economic crisis, such as Greece, Slovenia, Ireland, Spain, Belgium and Portugal. In other countries, however, confidence in government increased, notably in the Slovak Republic, Israel, the United Kingdom, Poland, France, Switzerland, Germany and Sweden," states the report.

The Government at a Glance report also points out that analysis shows that when asked whether they trust in their government, those polled would in general consider the question based on the nation's political leadership. "First, the most recent data available for OECD countries indicates that when citizens are asked about their confidence in the national government, their answers differ substantially across countries, with an average well below 50%. In other words, when asked through surveys, less than half the citizens of OECD countries respond that they have confidence in their national government. National averages rank between almost 80% in Switzerland and 12% in Greece. The distribution within this range does not appear to reflect standards of living, per capita GDP levels or speed of growth. While Japan and Korea-an upper income and fast growing country respectively-score below the OECD average, Turkey, with a lower per capita GDP scores well above it. This suggests that trust in government may not respond to long-term economic developments of absolute standards of living as much as it does to cultural factors, evolving expectations and political developments," writes the report.

When it comes to women in government, the share of ministers who are women in OECD countries in 2012 was at 24.9 percent while in Turkey that figure remained low at just four percent. While Turkey and the OECD average shared the same percentage at 51percent for trust in the judicial system, only 60 percent of Turkish citizens expressed trust in the nation's health care, which is lower than the OECD average of 71 percent. Once again, Turkey's trust in the nation's education system was also lower than the OECD average at 55 percent and 66 percent, respectively. The deviation between trust in local police was lower at 66 percent in Turkey and at 72 percent in OECD nations.

'Establishing an environment of trust'

Economy Minister Zafer Çağlayan: "We have established an environment of trust in the economy as a result of our stable and predictable policies over the past decade. In terms of income distribution, Turkey has become the most improved nation in the OECD. Turkey today is now preparing to enter the league of high-income nations. Our successful performance has also managed to secure Turkey's rating to be increased, albeit late, by international ratings institutions. Turkey's unemployment rate is at a better level than 15 of the EU's 28 member nations."

'Our performance is being recorded'

AK Party Group Deputy Chairwoman Belma Satır: "They have always commended our government for making the right efforts. Our government's performance is now being registered both internally as well as abroad."

AK Party Deputy Chairman Hüseyin Çelik: "Turkey is a country that is seriously exhibiting stable growth. The country's biggest advantage is that for 11 years it has had a strong single party in power. There have been significant developments in energy. These are developments that are no comparison to the past."

Food and Agriculture Minister Mehdi Eker: "The increase of trust in Turkey is based on political stability. Along with political stability is the rationalist administrative understanding. This is a mentality that can operate on capacity and determination to make the rational decisions required for the economy."

Minister of Energy and Natural Resources Taner Yıldız: "This is the trust entrusted to our public. It is an embracing of the state and the nation. This is the result of the programs executed on the economy."

Development Minister Cevdet Yılmaz: "Our Prime Minister and all of us emphasize the trust felt in Turkey. The success story of the past decade is based on stability and trust. Turkey, thank goodness, with its political stability, macroeconomic stability and determination in reforms has established an environment of trust. Turkey has passed the test in this environment of global crisis. The OECD's registering is pleasing. We will comfortably meet our 2023 goals."