‘We have schools; therefore, a parallel education system is not ok’ 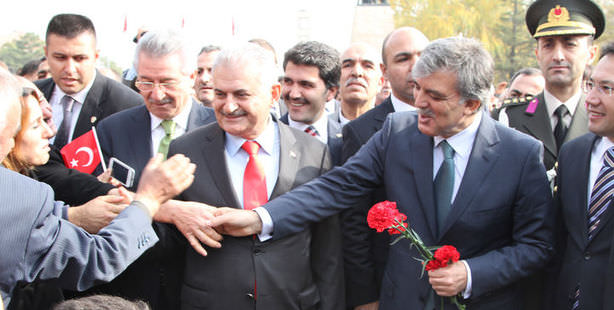 President Abdullah Gül weighed in on the debate surrounding the government’s intentions to shut down educational institutions, which prep students for high school and university entrance exams by stating that it is not favorable to have these sorts of supplementary prep schools parallel to standard schools.

President Abdullah Gül weighed in on the ongoing debate regarding the government's intentions to shut down private tutoring institutions referred to as 'derhanes' and to transition the prep schools into private schools.

President Gül commented on the issue from Erzincan on Friday, which was one of his stops as part of his tradition of visiting every province in the country. Gül responded to reporters questions from the governorship. When asked to comment on the state's plan to transition these prep schools into private schools, the president shared that this was part of a long-term program in national education. "The existence of these schools, while our standard school system is in place, as a parallel alternative education system is not ok," said Gül in relation to the closure of 'dershanes' which are geared towards tutoring and preparing students for competitive high school and university entrance exams. "However, we first need to address the reasons for their existence and eliminate the need for them," said Gül, adding, "This is an issue of supply and demand."

Gül also commented on the debate and criticism surrounding the issue by stating, "I am sure everyone, including all educators will discuss this issue quite carefully and will raise their objections. They will be heard out and a path will be taken accordingly. As far as I know, the issue is not set in stone and is still in the working stages. Therefore, the ministry will be working on the issue. The Assembly will hear out all views on the matter. I am sure that efforts will be made based on taking all of these considerations into account, stated Gül.

Asked to evaluate today's visit by the head of the autonomous Kurdish government in northern Iraq Massoud Barzani, who arrives to the southeastern province of Diyarbakir today, where he will come together with Prime Minister Erdoğan; Gül underlined that Turkey is a great country not only for its population but also in its history and stated, "I am sure, the strengthening of all forms of friendship ties will be both to our benefit as well as theirs. These humane relations, will please our citizens that have family ties in the region. That is how I see this visit. It is representative of the confidence Turkey has in itself. However connected we are with our neighbors on a positive agenda and in shared programs and however close we can be with our neighbors in terms of friendship, cooperation and solidarity will work to benefit one another."

Emphasizing that the resolution process is entirely Turkey's own national issue, Gül stated, "If we mix others into the issue, then it would not be the work of great powers. The value of this process lies in this fact. It is a process we started entirely through our own volition and our own intentions. Therefore, there is no question of their being a foreign observer or foreign relations of any kind."

"Syria cannot be made a fait accompli"

Evaluating the recent developments in Syria, Gül especially pointed out the absence of authorities in the north and stated, "We cannot allow for Syria to be divided in any way or for it to become a fait accompli. The Arabs, Kurds and Turkmen in Syria are all our relatives. Therefore, we do not want anyone to be trampled on there nor for anyone to establish superiority over the other and impose their will. This is something I would like for everyone to know."