U.S. lawmakers: “Turkey and the U.S. must work together” 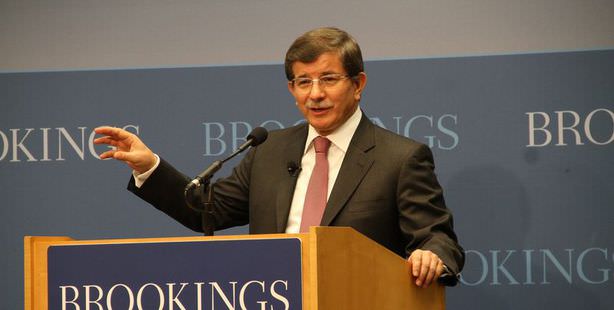 Foreign Minister Davutoğlu concluded a two-day trip to the U.S. on Tuesday during which he had the opportunity to meet with his U.S. counterpart Secretary of State John Kerry, Secretary of Defense Chuck Hagel, members of the U.S. Congress and National Security Advisor Susan Rice.

Davutoğlu expressed that when it comes to the situation in Syria, Turkey and the U.S. have the volition to work together on the matter, while Congress members expressed the importance they place on Turkey and emphasized continued cooperation.

PROUD OF TURKEY'S STANDARDS ON RIGHT TO DEMONSTRATE

On Tuesday, Davutoğlu commented on a misinterpretation of his delivery at the Brookings Institution, which was part of his Monday schedule. During his Brookings Institution address, Davutoğlu expressed how proud they were that demonstrations in Turkey, such as the Gezi Park protests, were similar to demonstrations in Europe, which he said means that Turkey can be compared to European countries when it comes to the right to demonstrate. Davutoğlu pointed out that reports with headlines quoting him as saying he is proud of the Gezi Park protests was a misinterpretation. "What I am proud of, is not the Gezi protests but the fact that our nation has obtained European standards when it comes to these issues."