President Gül: “If we do not come up with a solution, others will” 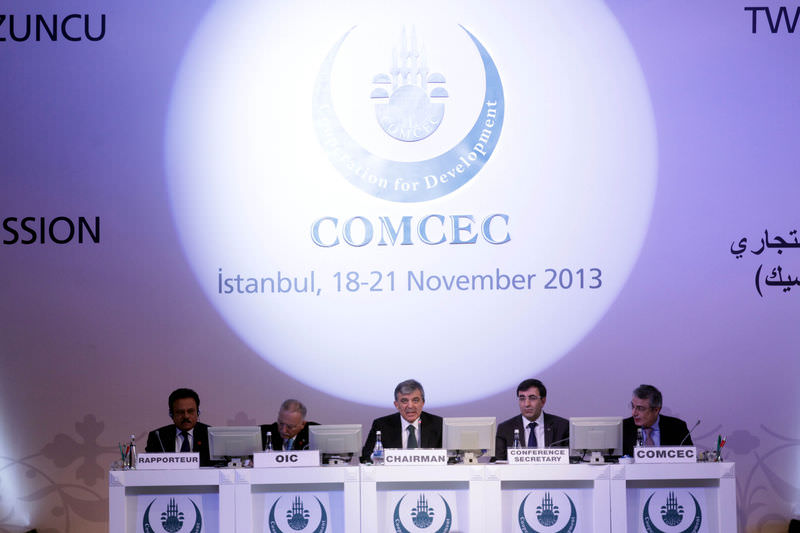 During an inaugural address at the Economic and Commercial Cooperation of the Organization of Islamic Cooperation’s (COMCEC) 29th session in Istanbul, President Gül stated, “If we do not find a solution to issues pertaining to the Islamic world, others will impose their own solutions. It is our job first to put our own house in order.”

The 29th session of the Economic and Commercial Cooperation of the Organization of Islamic Cooperation (COMCEC) was held in Istanbul on Wednesday. Delivering the inaugural address as COMCEC Chairman, President Abdullah Gül drew attention to the fact that a portion of the Islamic world is currently in flames and pointed out that over 100,000 people have been killed in the civil war in Syria, which has been ongoing for three years. Gül also noted that the generations being raised with hatred for the work environment set the stage for their taking sides in future conflicts.

Emphasizing that further responsibility befalls member nations, Gül stated, "If we do not find a solution to issues pertaining to the Islamic world, others will impose their own solutions. It is our job first to put our own house in order. If the fire is burning in our homes or in the homes of our neighbors, the duty of extinguishing that fire befalls us before anyone else. Otherwise the cost of what may happen will be extensive for all of us," said Gül calling on all member nations to "find solutions" to "our problems."
President Gül also emphasized the need to "fight against all forms of distortion as a result of those attempting to place terrorism side by side with Islam, which is a religion based on love, tolerance and reconciliation."

Organization of Islamic Cooperation OIC) Secretary General Prof. Dr. Ekmeleddin also addressed the situation in Syria by stating, "This nation continues to lose its strength day by day. Its infrastructure is being destroyed, as are its monuments, buildings, assets and wealth. The entire world's hands are tied as they sit and watch this all unfold before their very eyes."