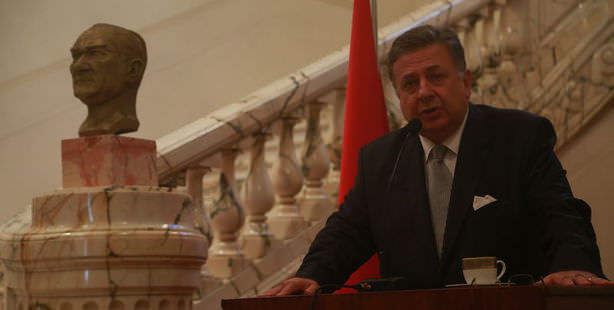 Turkey’s Foreign Ministry has released a statement confirming that diplomatic relations with Egypt have been downgraded to the charge d'affaires level and the Turkish ambassador has been declared a “persona non grata.”

The Turkish Foreign Ministry confirmed the statement released by the Egyptian Foreign Ministry that Egypt had downgraded relations with Turkey to the charge d'affaires level and that both nations' ambassadors had been recalled.

According to diplomatic sources, Turkey will soon be announcing what sort of steps will be taken in response and within the principle of "reciprocity."

After leaving the Egyptian Foreign Ministry, Ambassador Botsalı's confirmed that the statements released were correct. Emphasizing that Egypt is a very important country, Botsali underlined that keeping Egypt on the path of democracy is important for both the region and the world.