Syria to be focus on Tehran agenda 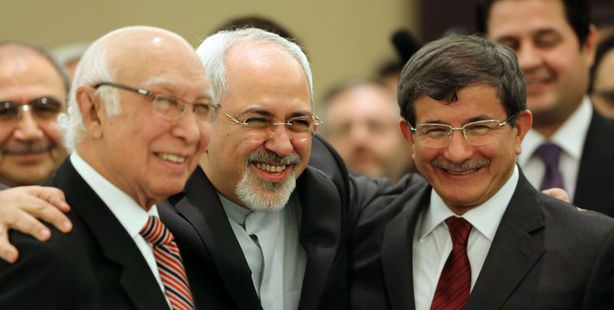 Foreign Minister Davutoğlu departs for Tehran on Tuesday with an agenda slated to be focused on the crisis in Syria. Commenting on the recent interim accord reached on Iran’s nuclear program, Davutoğlu stated, “The easing of sanctions will positively affect Turkey.”

Noting plans to meet with both his Iranian counterpart Mohammad Javad Zarif as well as Iranian President Hassan Rouhani, Davutoğlu emphasized that the situation in Syria will be intensively discussed during his time in Iran.

Reminding that the Geneva II conference has been scheduled for January 22, 2014 as announced by UN Secretary General Ban Ki-moon on Monday, Davutoğlu asserted that anyone who has not taken part in any bloodshed or criminal activities will be able to play a role in the transition process.

Davutoğlu also expressed Turkey's support for the interim accord reached between the UN Security Council's five permanent members, otherwise known as the P5+1 and Iran on limiting the nation's nuclear program in exchange for an easing of sanctions by stating, "We feel that the point reached is one of extreme significance. There may be some that are not necessarily pleased by the deal, however our stance is not so. We will also be positively affected by the easing of sanctions in this environment of trust.

This is a translation of an article originally written by Taha Kılınç.