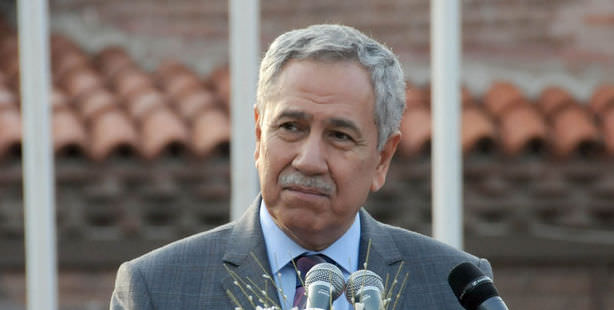 Deputy Prime Minister Arınç announced on Monday that the draft legislation foreseeing the transitioning of ‘dershane’ high school and university exam placement preparatory schools will be presented to the Parliament in January of next year.

Deputy Prime Minister and Government Spokesman Bülent Arınç announced to reporters that September 2015 will be the deadline for the transition of 'dershane' high school and university placement exam preparatory schools, following a seven-and-a-half hour Council of Minister meeting held on Monday.

"We feel there is no longer a need for 'dershane' prep schools in today's education. However, we can conduct the transition of 'dershanes' in a careful manner, without exerting force or pressure. The legal name of this project is a "transformation project," stated Arınç.

Expressing the state's determination to undergo the transition from 'dershane' exam prep schools to private schools, Arınç announced that the final draft on prep schools legislation will be presented to the parliament in January 2014, after which 'dershanes' will be allotted a time frame of up until September 2015 to undergo the transformation into private schools. "We will be standing behind this legislation. Students may still be enrolled in January and allowed to undergo tutoring for placement exams because a change has not yet been implemented on university placement exams," stated Arınç.

NO ILL-WILL AGAINST 'DERSHANE' PREP SCHOOLS

"No one should perceive this as ill will against prep schools," said Arınç adding that only 22 percent of 'dershane' prep schools belong to the 'Hizmet' community, referring to the prep schools operated by followers of Islamic scholar Fethullah Gülen. "The rate of those saying these schools are being abolished and we are being burned and are dying in the process is limited to this rate. In meetings with all others ('dershane owners') they agree there is a need for a transformation on this matter," said Arınç.

Drawing on attempts to incite a row between the government and the Gülen Movement, Deputy PM Arınç stated, "We feel that the function of 'dershanes' is diminishing and therefore there is a need for a second stage to begin transitioning these tutoring centers into schools. "I want to express that we find certain outbursts against these plans that are nearly threats and have somehow turned into a show of power against the government as odd. It is not right to turn issues that are not what we are pursuing nor have even ever considered into a form of dispute," stated Arınç.

Deputy Prime Minister Arınç also commented on recent reports citing classified documents from National Security Council (MGK) meetings by pointing out that publishing these sorts of records constitutes a crime. "Our prosecutors are the ones who should think about this, however we are not pursuing any action on the issue," stated Arınç.