"These gangs will be cleaned out" 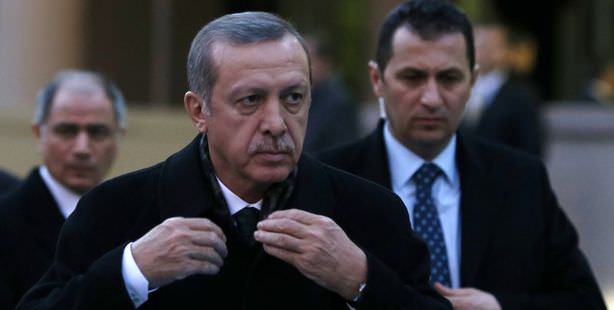 Prime Minister Erdogan spoke during a joint press conference with his Hungarian counterpart on the topic of the “dirty” arrests that startled the country earlier this week, while answering questions on the nature of the transpired events.

Following the arrests of 52 people, among them the children of ministers, Prime Minister Erdogan spoke, stating that "a dirty operation is underway". Stating that the wire taps and observations that were carried out for 14 months, without the knowledge of head police officials, Prime Minister Erdogan said, "This is not an issue of misguidance, but one of political engineering. This is a form of gang (activity). These gangs have the intention to infiltrate and become a government within the government, to sway and manipulate the leadership as they please." He went on to say, "We will certainly bring this gang activity to light. It wouldn't even matter if they were members of our family. Their professions don't matter for us, the only thing that matters is the continuity of the state (for our people), the future, and Turkey's bright tomorrows."

Political Engineering: If you apply audio and video surveillance, do so without informing your superiors, without obtaining authority to do so, this is not a case off misguidance but rather a different form of political engineering. This is a form of gang (activity). These gangs have the intention to infiltrate and become a state within the state, to sway and manipulate the leadership as they please.

The attempt at a state within the state: Before our administration our public ministers would open and close their terms with losses. But now they are ranked amongst the ministers in the EU. This is why they targeted to wound these ministers. This is attention catching. They (these gangs) have affiliates within Turkey, there is also an international dimension. We have predictions and proof about this. At the same time these affiliates at this moment are taking more steps to make a state within the state. We will certainly bring this gang activity to the public's attention. We will certainly bring this gang activity to light. It wouldn't even matter if they were members of our family. Their professions don't matter for us, the only thing that matters is the continuity of the state (for our people), the future, and Turkey's bright tomorrows.

Prime Minister Erdogan then went on to bring to notice the similarities of nature of the arrests that materialized earlier this week, and how they resembled the postmodern coup era that Turkey faced in the late 1990's.

Resembling the Postmodern Coup: Here many different things are being said and will be said. There are speculations about my minister friends. We are used to it. In the past we witnessed the 28th of February (the postmodern coup) in the media. We saw it with the internal organizations. Then NGOs began to interfere. The gangs that emerged. We are not foreigners to this. Now a different version of this is being used. Thus we will do the proper work as is needed.

The signal for revisions: Them including our minister friends and their families into this has added sensitivity to the issue. I know that they are innocent. We will speak about what is necessary and do what is needed. This is not (happening) because the lead opposition or the secondary opposition party wills it. We know well their pasts. We know their fouls very well. What they reduced this country to, how they made the people dependent on the smallest of change (currency). Our people know what they are very well. When the time comes, on the 30th of March, our people will issue them the proper response.

There is a wrong image: We will not fall to the folly of if enough dirt is thrown some will stick. We have no doubts about our abolition and our prayers. They (these gangs) have the ability to influence the way think. They aim to transform many positive events into negative ones. They will not find what they seek and expect.