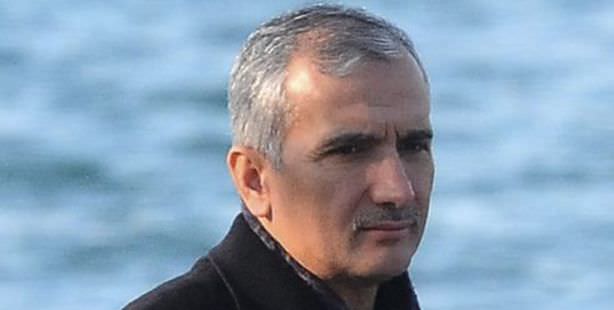 SABAH daily has taken photos of Osman Hilmi Ozdil, who is accused of being the secret leader of Hizmet inside the national police force.

Ozdil, a simple insurance agent at first glance, is also called Imam of the Turkish police. Hizmet is described as a religious community that has infiltrated various state institutions and is led by an Islamic cleric called Fethullah Gulen, who lives in a self imposed exile in Pennslyvania.

The name of Osman Hilmi Ozdil first appeared in a book called, "Simons living in Golden Horn," written by Hanefi Avcı, a well-known former intelligence officer and police chief. Avci depicted Ozdil's ties with various state organizations and Hizmet in his book. Among Avci's claims was one that involved Ozdil's arrest at the US border in 2007, during one of his trips to Pennslyvania. According to the book, FBI took Avci's laptop and copied the information inside, including the structure and powerful names of Hizmet.

Sources told SABAH that Osman Hilmi Ozdil was the secret architect behind the Balyoz, KCK and Oslo operations. This is why analyst thinks that Ozdil himself might been the one behind the failed arrest of Turkish spy chief Hakan Fidan, and the former spy chief Emre Taner and his deputy Afet Gunes, for their secret negotiations with the Kurdish separatist organization, PKK that was conducted in secret in Oslo.