What is the aim of recent operation against the government? 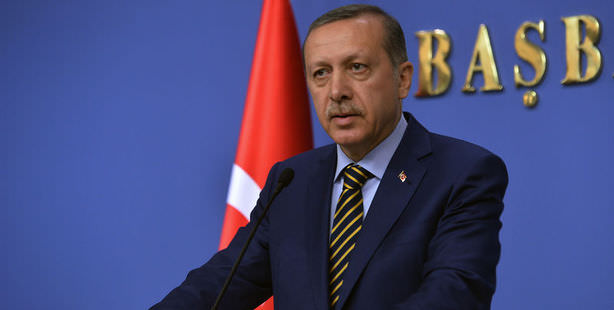 What is the intention? To reach the Prime Minister through his son Bilal.

We started the day with resignations and ended the night.

From a democratic standpoint, a long day and a critical night were lived.

Yesterday we were introduced to the coup attempts of the prosecution-police junta.

But first the cabinet.

The Ministers of the period of struggle.

I recognize some of them as bright shining names.

Perhaps the biggest surprise from among these new ministers, that following Ahmet Davutoglu there is a name from outside parliament.

Not only is he a name appropriate for the resolution process, as well as a name needed in this current period.

His anointment was an accurate call.

Because the most important trait of Efkan Ala's is his wisdom in management.

As it stands, this attribute of his is what is needed most.

To this day the Ak Party has always formed cabinets based on servitude, though this is not a war cabinet, it surely is a process cabinet.

Since the AK Party is facing one of its greatest challenges to date, they have chosen the ministries for the cabinet accordingly.

There was no way they could appoint Idris Naim Sahin or Erdogan Bayraktar for back to back terms during this process.

Bayraktar, who was able to conduct the operation the Gulen Movement was unable to…

Who would not include the Prime Minister in on written reports, who connected to NTV through his own personal request, inviting the PM to resign, these iron roads would not be walked with him.

I wonder with what wisdom Erdogan Bayraktar thought it wise to stab the man who made him a minister in the back.

This operation is being dragged out with two flanks.

On one hand Hakan Sukur resigns, on the other an operation is conducted on a group including the sons of ministers.

On one side Istanbul police and prosecutors come face to face with an operation with a list of high profiled arrests including the Prime Minister's son, and on the other there are resignations made in attempt to place the PM on the operation's target board.

Upon his return from Pakistan, Zafer Caglayan had stated that the cabinet was to be shifted on Friday.
But was moved forth due to the presence of this derailing two headed crisis.

Upon his return from Pakistan, we spoke with the Prime Minister about the operation.

It was one of the longest question and answer sessions we had with the Prime Minister.

The Prime Minister spoke openly on the Istanbul Operation.

1- "I am the target of the operation" he said.
2- "They are targeting my son Bilal" he stated.

He did not hold back, he felt the need for his words to be open.

The questioning circulated around Bilal Erdogan. They were obsessed to the point where they took all the TURGEV public improvements and placed them under the microscope.

So what does TURGEV do? They make dormitories for students and give them scholarships. They do acts of social service. They have no ties to the government. They don't receive government contracts or nor do they use bank credit.

The children of the PM have taken off from their busy schedules to give children scholarships and build dormitories, predominantly for female students in Artvin, Konya, Bursa and Istanbul.

But the intention here is different.

What is the intention?

To reach the Prime Minister through his son Bilal.

Well what can we call this?

The 7th of February was the day that was marked, but from the 17th of December till now there is a covered rising being lived in Turkey. Yesterday they made a new move in Istanbul.

The step the PM mentioned, of how they want to use his son to get to him was taken.

There is only one name for what is being done.

The attempt at a coup against the government by the police and prosecution formed junta.

Abdulkadir Selvi is a prominent Turkish columnist. This article appeared on Turkish daily Yeni Safak yesterday and is translated.