Mysterious ties of a Gulenist 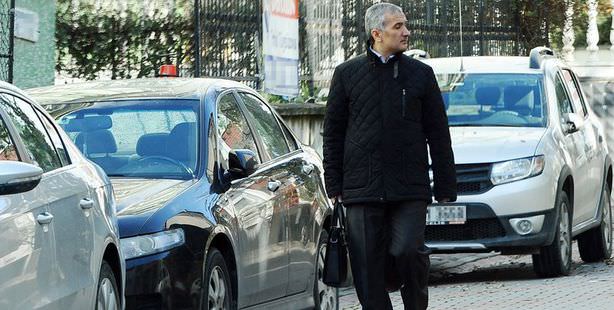 SABAH has exposed the secret ties of one of the most mysterious men in Turkey. Osman Hilmi Ozdil, (aka Kozanlı Omer) is Gulen movement’s key point man within the Police Department.

By Abdurrahman Simsek and Ferhat Unlu

Ozdil, also known as the Imam, talks to a diplomat from the US Embassy in Ankara, David Johnson, with a phone registered to Osman Varol

SABAH, which printed the first photos of mysterious Ozdil, is now exposing his suspicious ties. These ties were uncovered by intelligence agencies bugging his telephone. Ozdil's phone calls were made over the number registered on Osman Varol and provide information about his suspicious international ties. Ozdil, while this phone, contacted police chiefs, and via middlemen, journalists and foreign diplomats. Then real Osman Varol was born in 1962 in the Corum province and his wife works as a cleaning lady, showing that he is not that well-off.

Ozdil frequently talks to US Embassy official David Johnson. (It is a well-known fact that many officials at foreign embassies work for intelligence services.)

One key middleman for Ozdil is his brother Yasin, who was born in Adana in 1976. Yasin Ozdil, who currently resides in Ankara, is a Phd candidate studying at the Kutahya Dumlupinar University, Education Sciences Department.

Two names, familiar with Turkish media, talk to Yasin Ozdil. One of them is Ankara representative of Bugün newspaper, Adem Yavuz Arslan. The other one is Ali Ozgur Aytac, who is a judge at the Council of State, the top administrative court. Aytac's brother Onder was fired from his Police Academy post after he insulted Prime Minister Recep Tayyip Erdogan in a twitter message. Arslan corresponds with Yasin Ozdil rather than talking to Osman Ozdil directly. Onder Aytac, a well-known Gulenist columnist, follows a more complicated route to reach Osman Ozdil. Onder Aytac makes his brother talk to Osman Ozdil's brother Yasin. While from a journalistic point of view, Adem Yavuz Arslan talking to Yasin Ozdil is understandable, but one wonders how he utilizes the information provided by a civilian who has undue power over state officials.

Turkish police documents in the hands of FBI

According to Hanefi Avci's book, classified information that belonged to the Turkish Police was copied by the FBI after Osman Ozdil was taken into custody in 2007 by US custom officials as he was leaving the country.

Avci's book says, "During his questioning by the FBI, he said he was in the US to visit Police Chief S. T., whom he had visited many times previously. The copies of his testimony and the information found on him were sent to the National Police Department, and this information showed he had information about top-level police officials and their wives. For example, the telephone numbers and home addresses belonging to the wives of Police Chief M. Y. T. and Ankara Police Intelligence Department Deputy Chief Z. G were among the documents that FBI acquired. Soon after the abovementioned incident, Chief of Police S.T.'s US visa was cancelled."

This article is translated by Yusuf Selman Inanc.