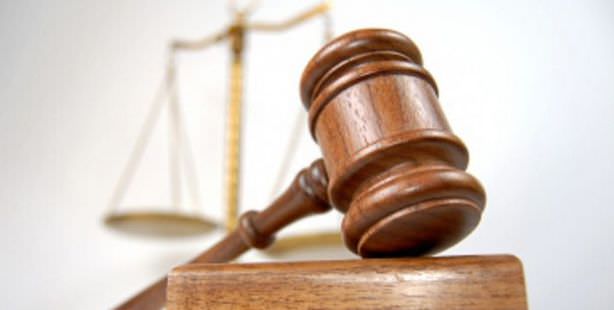 There were three important tutelages that caused trouble and impeded the development of Turkey. The first was the tutelage of the deus ex machine bureaucracy in the authoritative one-party rule of the Chieftaincy Era.

Bureaucratic tutelage was used to monopolize the power of the state and oppress the people with its own totalitarian minority.

With the arrival of democracy after the 1950 elections, the late Menderes and his DP crew overcame the impacts of this tutelage; however, they were not able to completely prevent this dominance.

This tutelage led by CHP particularly ruled during the coup and interim regime periods. During the ANAP era the bureaucratic tutelage was over, yet after the ANAP rule, the political establishment in bureaucracy which had begun during the coalition governments in 1974-1977, continued in 1991-2002.

In the meantime, the Jacobin rule of the bureaucratic power, which was supposed to be eliminated was persevering.

The second was the Militarist Tutelage, established following the May 27 scandal and also controlled by CHP.

Turkey underwent an era of Coup for a half century in the grip of this tutelage. People's will was restricted with the help of various military interventions, coups and memorandums and Turkey's development was impeded.

Finally, the strong stand of the AK Party government and PM Erdoğan constituted the purge of the militarist tutelage. Later, the judgment of coupists seeking to topple the government, which is a first in the history of our Republic became a significant phase in this regard.

The third was the establishment of the 'Juristocracy Tutelage', and the 'politicization of the law' sighted in the Independence Courts continued with the shameful Yassıada "trials".

Unfortunately with the recent incidents, we see that the juristocracy tutelage has not yet been effectively eliminated.

Similar to Bureaucratic and Militarist tutelages, the juristocracy tutelage too stems from CHP.

For half a century between 1960-2010, the one-party CHP attempted to politicize the law and establish its anti-democratic rule with the judicial power, as it had established the disaster of the Independence Courts during the initial years of the Republic and orchestrated the Yassıada shame on May 27.

Carrying out various eliminations in the judiciary and universities on May 27, CHP particularly used the Supreme Court, Council of State and partly the Court of Appeal for its own political interests.

During this period, cadres in high judicial authorities and imperative courts were dominated by the nationalist-Jacobin mentality that was personally prepared by the ministers and lawyers of CHP through the agency of the Supreme Board of Judges and Prosecutors (HSYK).

Important steps were taken on judicial independence and the structure of jurisdiction's key organ, HSYK was changed and democratized after the 12 September 2010 Referendum.

However, this time another establishment emerged in addition to and as an antithesis to the CHP establishment.

The voting of the members of the Court of Appeal and Council of State in blocks shows a different kind of establishment with the debate of politicization popping up on the agenda once again. Jurisdiction, a constituent of the state, should be regulated rigorously and its position in the state should be determined with sensitivity. Jurisdiction is required to be independent and objective.

However, the independence of the jurisdiction and its members is not unaccountable and unquestionable. The member of jurisdiction should give account for their mistakes like every other person.

The independence of the jurisdiction cannot be perceived as a judiciary domination.
Judiciary establishment needs to be prevented regardless of its nature and a 'Judicial Reform' must take place (with the constant release of packages on hold).