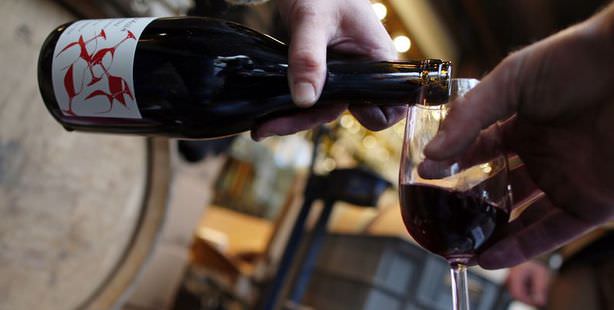 We received a call from Istanbul, warning, “Do not go out, they are throwing bottles, we just saw it on TV.”

I swear I was hesitant to go out; I could so much as be hit by a bottle on the head.

So we sat in our hotel room accompanied by a bottle of Gevrey-Chambertin and foot-odoured Camembert cheese with Radio Nostalgie playing tunes from sixties in the background. We fooled around on our own and adequately satisfied our appetite.

We received a call from Istanbul, warning, "Do not go out, they are throwing bottles, we just saw it on TV."
I was in my 50s back then, when I had a drinking habit and the intention of "going out" on New Year's Eve.

Champs-Elysees became a dangerous place that night with drunks from 72 nations running amok.

We greeted a new year in a hotel room that night and it wasn't a loss either.

I wasn't intending to go out since Virgin Megastore went under just like Samaritaine. Madrigal Coffee Shop lost all charm following refurbishment. So why should I then leave my room? To browse Fnac where they no longer sell anything but electronic toys?

Yet the key phrase is that I can go out safely since alcohol was banned that night!

You heard right, on New Year's Eve from 05:00PM to 07:00AM, the selling, possession and consumption of alcohol are banned in Champs-Elysees for an entire 14 hours!

The ban included the Eiffel Tower and Champs de Mars.

Alcohol ban on the streets.

The ban was enforced because "they are vandalizing store windows" in addition to throwing bottles in the air. (No molestation however, that is a unique to our Taksim.)

Alcohol ban on the streets, even in Paris!

Obviously on a certain day and time.

So no need to curse the Turkish Prime Minister.

Erdogan simply banned the "vendor selling" of alcohol after 11:00PM. You can buy as many as you like, take 20 bottles at 10:55PM, it is permissible. It is permitted at restaurants, cafes. It is totally permissible at bars regardless of the hour.

Yet parks are a no-no. It is prohibited under the dim lights of the esplanades incapable of illuminating the ground, in the spooky darkness, among the trees, on park benches, in nooks.

So, in certain cases it is possible to enforce the ban… So, every government in every country has the right and authority to such "restrictions".

If you like, shamelessly declare "Sharia Laws Effective in Paris" in the headlines. I wouldn't be surprised.
How about a Jesuit Sect aiming for the downfall of François Hollande? Can't they be as active as we are?

Perhaps the French Masons will do a favor for the government and shamelessly conspire with the fundamentalists.

After all, we can teach the Western world how to be a truly Western civilization.
Last Update: Jan 03, 2014 4:19 pm
RELATED TOPICS