Is it really a corruption case? 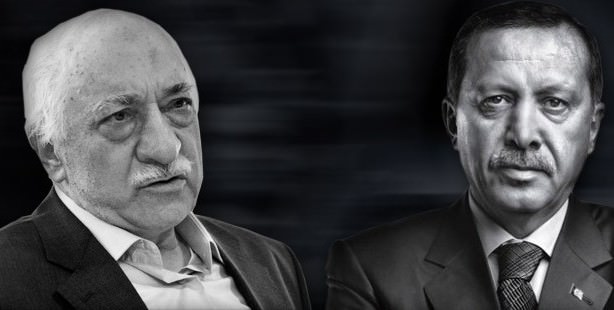 Just ask yourself a simple question, why now? Only three months before the elections? Then we have to ask, who is threatening the politicians?

The simplest explanation of the current events in Turkey is a 'corruption case'. However, if you are the slightest bit familiar with politics, you will fail to find any reasoning to define the current issue in Turkey as a 'corruption scandal' as portrayed by several media channels and journalists from the very beginning.

Corruption may be a minute detail of this debate, yet referring to it as such would certainly be misleading, manipulating and concealing the reality behind this crucial debate. Although allegations will be evaluated in court, we know for sure that certain rumors were leaked to media by the prosecutors.

So far, through the stigmatization of popular figures, this debate managed to hit the headlines and became a hot topic for the public.

Nevertheless, apart from the few who were obviously deceived by the defective and ungrounded debate or who willingly manipulated the reality, an overwhelming majority of the Turkish population believe that this is simply an investigation into corruption.

Those who were detained included the sons of three ministers, the chief executive of the state-owned Halk Bank, a number of reputable businessmen and the Mayor of Fatih in Istanbul. They were dragged out of their homes at 5 o'clock in the morning, accused of three different corruption cases.

The only explanation is that the prosecutors obviously wanted to make a mountain out of a molehill by causing a racket. But why? Is it not the prosecutor's job to serve justice? Answering this question brings us to another level in this debate far beyond corruption: it is political engineering.

Of course, I am not saying that there is no corruption at all; corruption is found in all corners of the world. However, what I am saying is that it is not a case on corruption, on the contrary, corruption is a mere instrument to threaten the politicians.

Just ask yourself a simple question, why now? Only three months before the elections? Then we have to ask, who is threatening the politicians?

Since the Gulen Movement has an influential presence within the police force and judiciary, they are believed by some in Turkey to be part of this operation. Media channels controlled by the Gulen Movement are striving with all their might to maximize the damage caused by this corruption case on the AK Party and Erdogan.

Additionally, most of the claims regarding the corruption case were first mentioned by the journalists working for the Gulen Movement in a very threating tone even before December 17.

Fethullah Gulen's personal reactions against Erdogan and his party were also taken as a proof of this movement's role in this case. Especially, the offensive discourse used by Gulen, who is well known with his emphasis on 'negotiation and dialogue' was directly adopted by his media channels while criticizing Erdogan.

Thus, an important question comes to the table: Is it a power struggle between the AK Party, an elected civilian government and the Gulen Movement, an international religiously motivated movement? Is the Gulen group trying to locate itself as a counter hegemony against the AK Party?

The Gulen Movement: Stronger outside, weaker at home?

Although the Gulen Movement constantly claims that this operation has nothing to do with them, they have already become an inevitable part of this debate. One of the most prominent figures in the Gulen Movement, Huseyin Gulerce tweeted that "I do not believe that this reaction in judiciary is about justice and law(…); I cannot tolerate and accept this operation against Erdogan from both inside and outside; if Erdogan leaves, this should be the decision of either the party delegates or his voters in the ballot box; outsiders cannot dismiss the Prime Minister of my nation; we have to stand against provocations and operations for the sake of fairness, democracy and conscience."

Thus, shall we claim that first, he believes this is an operation against Erdogan; second, this operation is from both inside and outside; third, the purpose of the operation is to remove Erdogan from power; fourth, the method is not legitimate since it will not be realized in a democratic way; and fifth, Gulerce, as one of the prominent figures in the Gulen Movement in Turkey does not support this operation. Basically this is the detailed code of what he is saying.

Apart from this, these tweets by Gulerce can be analyzed in three different ways: either he is acting independently from the Movement, which indicates a fraction inside the movement, considering the clear opposition stance the Movement took against the AK Party; second, the Gulen Movement already started to look for a negotiation with the AK Party; third, they are simply trying to convince people that they are not a part of this operation.

In any case, the cost of this image, 'supporting an operation against Erdogan by being a part of it or creating a counter hegemony by the use of illegal means' would be surprisingly high inside the movement.

Yet, the Gulen Movement was supporting Erdogan's AK Party since 2002. Even if the Movement proclaims that they do not support Erdogan, their grassroots have a lot of common ground with the AK Party. Thus, standing directly against the AK Party and Erdogan can lead not only to a decrease in the number of supporters of this movement; but also affect its political affiliations in Turkey.

In addition to this, in the follow up to Fetullah Gulen's public condemnation, other religious leaders expressed their support for Erdogan through various means. It might be claimed that although the internal anti-Erdogan coalition involving the Gulen Movement with all its dynamics could be temporal, the anti-Erdogan coalition outside can indeed be permanent. In this context, assuming that as an international organization, the Gulen Movement is independent from any coalition would be naive.

As an international movement, it is very possible that the Gulen Movement has built up a number of West-based coalitions. In this context, when we think that the coalition between the Gulen Movement and Erdogan reached an end in 2011 when Erdogan was accused of shifting the axis from the West to the East, it could be easier to understand why the 'foreign coalition against Erdogan' is self-explanatory for most people in Turkey.

On the other hand, the stance of the Gulen Movement will strategically show them in the eyes of their Western allies as powerful.

By stigmatizing Erdogan, calling him a 'jihadist' in their English media channels, they are sending a message to the West that they are the brave bunch who are standing up to the 'fundamentalist' Erdogan.

In this sense, selling Erdogan as an Al-Qaeda supporter outside and an Iran partner at home, the journalists working for Gulen Movement newspapers such as Today's Zaman try to radicalize the Turkish PM in the eyes of the West. By creating this absurd image trying to portray Erdogan as an anti-democratic, fundamentalist and jihadist dictator, was probably thought to consolidate an anti-Erdogan coalition on the outside.

Will they manage to succeed? Seems like, at least, not in the ballot box!