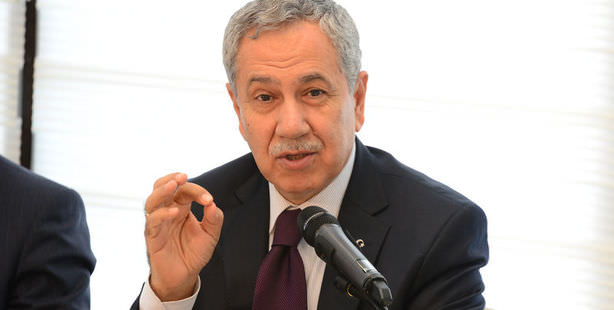 Deputy Prime Minister Bulent Arinc yesterday said if there are gangs within the state trying to exploit their powers for their own interest, it is incumbent upon the government to fight them.

Speaking to the Prime Ministry reporters regarding developments since the Dec 17 operation, Arinc said certain people within the state bureaucracy abused their authority by serving a particular purpose.

"Fortunately, they are few, yet their actions show that their aim is to create trouble for Turkey both within and out." The Dec 17 operation is seen as an effort of the Gulen Movement to usurp state powers and damage the government. Following the operation that resulted in the arrest of the sons of three ministers, who later resigned from government, the prosecutor and several police officers in charge were replaced.

In response to the reported application by the Office of the Chief of Staff for the review of the conviction of tens of former officers as part of the earlier Ergenekon and Sledgehammer trials, which had the same prosecutor, Arinc said courts would decide accordingly and dismissed claims of a criminal amnesty. He also said courts should take the recent developments into account when reaching their decisions.