No parallel organization within the state allowed 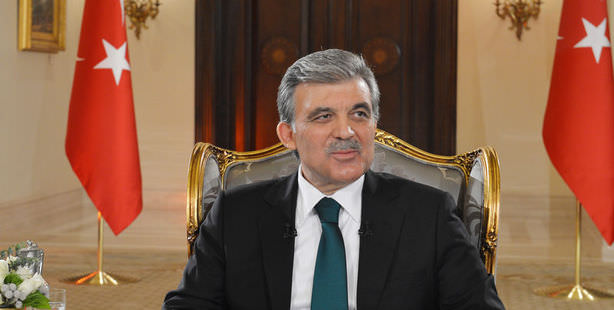 President Abdullah Gul stated that no separate government or organization within the state, especially in the judiciary can be tolerated and emphasized the importance of abiding by the Constitution and the laws.

Against accusations that there were gangs within the state, President Gul emphasized that there cannot be a separate state or an organization within a state and he further noted that all organizations should strictly abide by the constitution and the laws and by where they stand within the hierarchy. "If such things do happen, then they will be investigated and disclosed. Transparency is of utmost importance on such issues as is in civilized societies. The tolerance of such is out of the question, particularly within the judicial system." Gul said on Jan 3.

On whether the Dec 17 operation which was set off with the detainment of a few public figures and the sons of two former ministers was linked to foreign forces, in addition to acknowledging the possibility, he said, "Whether it is or not can only be understood through the judicial process. Anyone who is creating chaos is ruining the country. Nothing can be covered up for good. Turkey is a transparent country."

Throughout the interview President Gul underlined the significance of being a constitutional state and remarked that any wrongdoing shall be dealt with legally. He also emphasized that no tolerance will be shown in tackling corruption and said "Any fraud or corruption claim should be cracked down until the public is satisfied with the results and until all details are disclosed." However, since there were allegations that the names of the people on the list of the so-called "second wave" of the corruption operation were leaked to the media, he told viewers that according to law, investigations are required to be kept confidential and prosecutors should not play judge. He also criticized all wrongful accusations. "Let's say you wrongfully accused an investor, some who are worldwide renowned investors. Then, you are ruining the reputations of such investors, banks and finance institutions."

President Abdullah Gul also commented on the Supreme Board of Judges and Prosecutor's statement last week, describing the new judicial police regulation obliging those carrying out the investigations to inform their superiors as non-constitutional and stated "I didn't find HSYK's (the Supreme Board of Judges and Prosecutors) statement to be correct. They shouldn't have overshadowed the court's decision. Such disputes shouldn't be revealed in this manner. The organization of HSYK was structured according to EU criteria. Further arrangements can also be made, provided that they conform to the basic criteria of the EU."

When asked about reprehensions in the media with respect to the Ergenekon and "Sledgehammer" coup-plot cases, he mentioned that some cases are at the appeal stage and some are still under adjudication and that certain allegations along with the many convicted may have been undeserved. He continued to note that this should be carefully examined within a legal framework and the parliament will have the final say.

When enquired regarding the truck, which caused quite a stir when stopped in Hatay due to a report that the truck was carrying weaponry to Syria, Gul said, "I asked all the institutions involved and was informed that the truck was carrying humanitarian aid to the Turkmens in the region. It is understandable that there have been few security measures in place and that is why the truck's route was described as being a "state secret", but I believe it was all done lawfully."
Last Update: Jan 06, 2014 3:06 pm
RELATED TOPICS