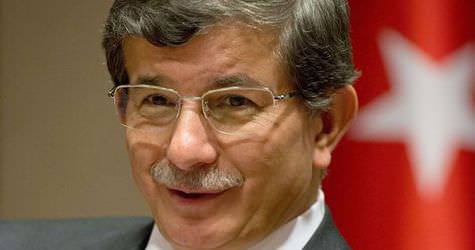 The Turkish Foreign Ministry Monday replaced the ambassadors to 12 countries, including those to the US, UK and Japan.

Foreign Minister Ahmet Davutoglu appointed Abdurrahman Bilgic, the former ambassador to Tokyo and the current deputy undersecretary responsible for international relations of the National Intelligence Organization (MIT), as the country's top envoy to London.
The current ambassador to Tokyo and the former secretary general to the National Security Council (MGK), Serdar Kilic, was appointed Turkey's new envoy to the US. The ministry announced that Kilic would be replaced in Tokyo with Ahmet Bulent Meric.

In notifying the Meric family of the appointment, Davutoglu called Meric's wife, who is of Japanese descent, and asked, "Have you missed your country?" When Mrs. Meric replied that she had, but could not visit Japan as often as she wanted, the minister said: "Then we are sending you back to your home country. Your husband has just been appointed as Turkey's Tokyo Ambassador."

Current Washington Ambassador Namik Tan, who has been serving at the post since 2010, will return to Ankara. Davutoglu appointed Huseyin Avni Botsalı, who served at strategically important posts such as council general of Mousul in Iraq and ambassador to Cairo until he was expelled a few months ago. Botsali will be Turkey's new permanent representative to the UNESCO post in Paris.

Under the ambassadors' decree, Turkey's ambassador to Prague, Cihad Erginay, who served as the Foreign Minister's advisor in the past, was appointed to Bosnia-Herzegovina. The Prague post will be filled by Prime Minister Recep Tayyip Erdogan's foreign policy advisor Ahmet Necati Bigali. Additionally, Turkey's ambassador to Italy, Hakki Akil has been transferred to the Paris Embassy since the current Paris Ambassador of Turkey, Tahsin Burcuoglu will be retiring at the end of February.