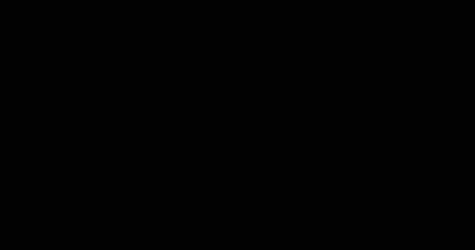 Prime Minister Erdogan, on the first leg of his 5-day East and Southeast Asian tour, says Turkey was undergoing a test in democratization and that foreign policy was an important part of it.

Prime Minister Recep Tayyip Erdogan, during his visit to Japan, said Turkey's democratization process was an important test and that establishing a foreign policy based on global justice was an important part of the government's objective.

Erdogan met with his Japanese counterpart, Shinzo Abe, on the first leg of his 5-day East and Southeast Asian tour. After a spectacular ceremony held at the Akasaka Palace in Tokyo, the first official ceremony of this kind in 8 years due to restoration efforts, the two leaders discussed bilateral ties. Abe had attended the opening of the Marmaray undersea tunnel, built by Japanese firms, in Istanbul in September.

Afterwards, Erdogan visited the headquarters of daily Nikkei, one of the most respected newspapers in the country, and briefed the press regarding his talks. He praised increasing bilateral trade ties, noting that Japanese firms were involved in the Izmit Bridge building and the nuclear power plant project in the Black Sea coastal city of Sinop.

Speaking on the democratization process in Turkey, Erdogan said: "As a county with a 99 percent Muslim population, we are undergoing an important test. We are aware how crucial foreign politics are and that an active foreign policy is a must for both democratization and maintaining a stable and strong economy. Therefore, we have always defended economic stability and trust both within our region and across the world. Our main principle in foreign politics has been global justice. We will continue to defend this principle even under the toughest conditions. We have always acted in a humanistic manner and will continue to do so."

During his speech he also discussed the issue of terror and particularly the turmoil in Syria and stated that
Turkey had been a victim of terrorism and was aware of what damage it could do to a nation. He further blamed the United Nations for remaining indifferent to state terror in Syria, which had caused the death of more than 130-thousand people. "Terror is a crime against humanity" the PM said, adding, "There shouldn't be any Islamic terror, Christian terror, Buddhist or Jewish terror. We will not compromise on this principle and continue to fight against terror and raise international awareness in this respect."

In response to a question regarding Turkey's European Union membership, Erdogan said Turkey was upset because European countries failed to understand it. "Turkey has 5 million citizens in EU countries. We are actually already in the EU. We just haven't completed the legal procedure. EU is very hesitant towards Turkey. They have never delayed any other country's membership for this long. Yet this is not due to Turkey, it is because of the EU" said the Prime Minister, noting that he intended to visit Brussels at the end of the month.

On the political crisis in Syria, Erdogan remained resolute, indicating that Turkey does not have any kind of ambition of becoming a regional or global power. Erdogan said the Assad regime that killed 130 thousand of his own people could not be allowed to remain in power.

When asked about his vision for 2023, he mentioned the ruling Justice and Development Party's (AK Party) 3 term parliamentary limit. "You don't have to be a deputy to be involved in politics. You can share your experience anywhere in Turkey as a member of the Party." He further stated that experienced MPs should not block the way for newcomers and should create opportunities and space for them to gain experience.

Erdogan's second stop in his East Asia tour will be Singapore, where he will meet with President Tony Tan Keng Yam before discussing bilateral ties and international matters with Prime Minister Lee Hsien Loong. The last stop on Erdogan's tour will be Malaysia, where he is expected to meet Malaysian King Tuanku Abdulhalim Muazzam Shah. During his visit to Malaysia, Erdogan will receive an honorary doctorate from the renowned Islamic University of Malaysia. Erdogan is expected to return to the country on Jan 11.
Last Update: Jan 07, 2014 4:10 pm
RELATED TOPICS