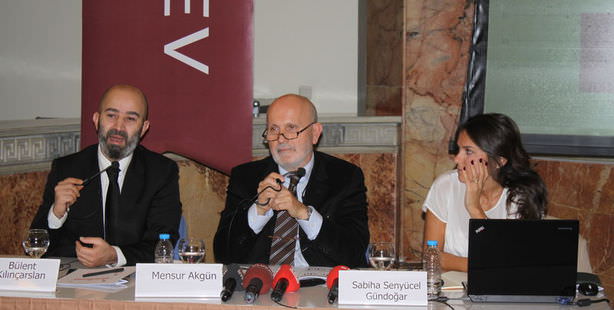 TESEV released a report entitled "The Spirit of Police Laws in Turkey: Legislative Discourses, Instruments and Mentality" which analyzes the role of police in political cases and methods of riot control.

The report underlines the roles of police in political cases which heightened after the Ergenekon investigation and has gained a new dimension with the Dec 17 operation. On difficulty of reforms in the police department, the report says, "Reforms might mean an uncertain future, even a hostile environment as well as loss of privileges for some in countries such as Turkey, where cultural structures based on identities are evolved into congregation. Reform process may turn into a battleground given that politics are organized around cultural differences."

Prosecutors have launched an investigation into an alleged plot against the government surfaced in 2007 when the police discovered a cache of 27 hand grenades in a house in Istanbul's Umraniye district. The first indictment included 86 people. Among them were a retired general and leader of a political party. Defendants were accused of running "a terrorist organization" called Ergenekon to overthrow the government. Critics of the Ergenekon trial claim the case seeks to stifle opposition to the Erdogan government as some defendants were known as vocal critics of the government.