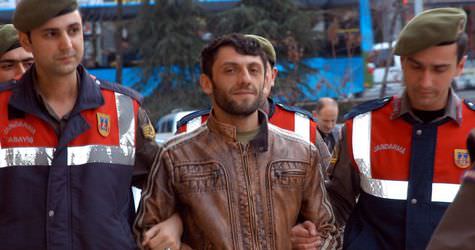 A court in Istanbul yesterday decided to order the arrests of two suspects tried for the 2007 murder of respected Turkish-Armenian journalist Hrant Dink.

Dink, who was the editor-in-chief of Armenian daily Agos, was gunned down by a nationalist on Jan 19, 2007. Following the shooting death of Dink, 17-year-old culprit Ogun Samast was arrested along with several accomplices. In the following investigations and trial, many police and state officials were accused of ignoring threats made to Dink's life.

The Supreme Court of Appeals later partially dismissed the court's decision, ordering the Istanbul court to retry 18 suspects accused of involvement in the murder.
At the court hearing on Monday, judges ordered the arrest of two suspects, Osman Hayal and Zeynel Abidin Yavuz upon continuous failure to make appearances in court.

The court also said it was notified by the Anti-Terror Prosecutor's Office that the second indictment was yet to be completed and that the investigation was continuing.

Fethiye Cetin, Dink family's lawyer, said events confirmed what they had been saying from the beginning. Some state officials had gathered evidence illegally, said Cetin, calling on Turkey's National Intelligence Service (MIT), the Office of the Chief of General Staff and the police intelligence to provide the correct information.

Erdogan Soruklu, defendant Erhan Tuncel's lawyer, called on the court to release his client pending the trial because there was no legal reason to justify his imprisonment. His request was denied. Police informant Tuncel is accused of being one of the main instigators of the crime committed by Samast.
Last Update: Jan 08, 2014 4:10 pm
RELATED TOPICS