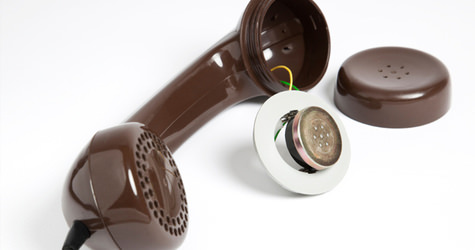 Following its exposure after the Dec 17 operation leading to the arrest of 16 people, including the sons of three ministers and the head of state-owned Halkbank, it was revealed that 200 Turkish businessmen were illegally wiretapped by the parallel organization within the state.

The Dec 17 operation to topple the ruling AK Party in Turkey through the arrest of certain people, including the sons of three ministers, the head of state-owned Halkbank, and renowned businessmen, revealed that the parallel organization within the state had illegally wiretapped 200 Turkish businessmen.

The current Interior Minister of Turkey Efkan Ala, stated that illegal organizations within the state wiretapped Turkish businessmen in Mersin, a city in the south-east of Turkey. Right after Ala's statement, it was revealed that approximately 200 businessmen in Erzurum, an east Anatolian city, had also fallen prey to the illegal wiretapping.

The parallel state is alleged to have requested grants and donations from businessmen, whom upon refusing to donate were taken into custody and audited for taxes.
Last Update: Jan 08, 2014 12:02 pm
RELATED TOPICS