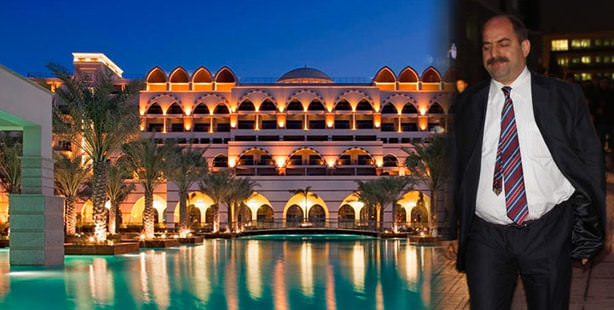 Istanbul’s Deputy Chief Public Prosecutor Zekeriya Oz, a Dec 17 prosecutor who sought to discredit the government, was reassigned on Tuesday by the Chamber of the Supreme Board of Judges and Prosecutors.

Oz, who was suspended for several allegations and irregularities, was dismissed from his position
following the Dec 17 operation.

The Supreme Council of Judges and Prosecutors (HSYK) launched an investigation on Prosecutor Zekeriya Oz's luxurious vacation. After his removal, HSYK reassigned Oz to another position at the Bakirkoy Courthouse in Istanbul. The 3rd Chamber of HSYK has also decided to launch an investigation on prosecutors Muammer Akkas and Celal Kara. Istanbul Chief Public Prosecutor Turan Colakkadi and Istanbul Police Chief Selami Altinok are among those who will be investigated.

In addition to his luxurious Dubai vacation, HSYK has decided to conduct an investigation on Oz's statement regarding PM Recep Tayyip Erdogan. Oz had said, "I will finish the PM".

Turkey's daily Sabah newspaper reported on Monday that the prosecutor took a $40,000 vacation in Dubai with family and friends with all costs covered by Turkish businessman Ali Agaoglu.
Oz denied claims, but following Oz's statement, Agaoglu said that Oz and his family were hosted in Dubai by a representative of his firm, and added, "We paid for it".

Turkish police launched dawn raids on Dec 17 after months of surveillance in Istanbul as part of an investigation into alleged bribery related to public tenders and gold smuggling. Among the detainees was Ali Agaoglu, who was later released.
Last Update: Jan 08, 2014 12:21 pm
RELATED TOPICS