Turkish FM: Truck was carrying humanitarian aid for the Turkmens 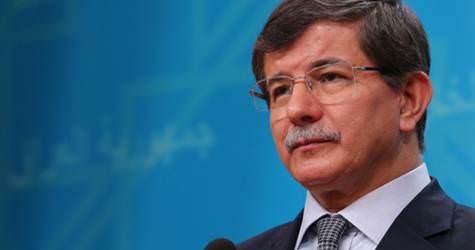 Turkish FM Ahmet Davutoglu who spoke on a televised interview on news channel NTV, on Tuesday, said that the truck was carrying humanitarian aid for the Turkmens.

The legal search of the truck allegedly carrying weapons and ammunition to the radical groups in Syria was halted near Turkey's Syrian border earlier this month, by the local governor in Hatay.

Davutoglu stated that the truck headed for Syria was carrying food and other basic aid materials for the Turkmens in the region and denied all other allegations. He further emphasized that Turkey has never been a supporter of the civil war in Syria. "We have a close watch on the Syrian war, yet we have to sympathize with the suffering of the Syrian public. Let's not forget that Turkey has a 911 kilometer long border with Syria. Certain parts of this border are suitable for trespassing." He further noted that Turkey needs to take necessary precautions to secure its border, but all such measures are to be taken according to applicable laws.

"The border gate opening to the settlement area of the Turkmens is still under Syrian control. Therefore, it is not possible to deliver any kind of humanitarian aid to the region," said Davutoglu, against claims asserting that the truck's destination border gate is not a Turkmen region.
In his speech, he also criticized the prosecutor who gave the search order for the truck in question for not consulting with other government authorities in the region. "This could have been dealt internally by authorities rather than circulating the news on Turkish and international media…" Davutoglu then denied all allegations on Turkey's support for radical organizations in Syria and labelled such claims "defamatory".
Last Update: Jan 08, 2014 4:57 pm
RELATED TOPICS