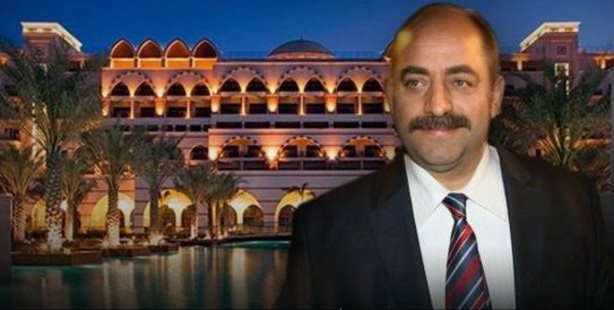 Zekeriya Oz, a prosecutor in the Dec 17 operation, found himself in a tribulation after Turkish daily newspaper Sabah disclosed the particulars of his recent trip to Dubai. The curious affair between Oz and Agaoglu raises doubt.

Recent media reports revealed that Chief Public Prosecutor Zekeriya Oz and his family went on a luxury vacation to Dubai and claimed that Turkish real estate tycoon Ali Agaoglu, who was briefly detained for questioning as part of the Dec 17 operation, covered travel costs in excess of $40,000. Press reports led the Supreme Council of Judges and Prosecutors (HSYK), Turkey's leading authority on judicial affairs, to initiate an internal investigation to shed light on the prosecutor's ties with the business tycoon. While Oz continues to deny the allegations and claims that he personally paid a sum of $4,100 for the entire trip, the Agaoglu construction company released a press statement to confirm that the company's UAE representative spent $40,000 for the prosecutor's Dubai trip.

In response to the HSYK's decisions, Prosecutor Oz alleged that the Prime Minister instructed two individuals to cease the inquiry through threats. Meanwhile, a written statement from the Prime Minister's office labeled the prosecutor's claims as "lies and slander," while noting that such an arrangement was "out of the question".

Commenting on the controversy surrounding Prosecutor Oz, Minister of Justice Bekir Bozdag stated that the prosecutor's efforts to talk to the press regarding the investigation would jeopardize the integrity of the judiciary. "Prosecutors should perform their duties under the Constitution and within the law. If they engage in public shows instead, they will weaken public confidence in the justice system," Bozdag added.

Allegations regarding Deputy Chief Prosecutor Zekeriya Oz's ties to business tycoon Ali Agaoglu are likely to stir controversy regarding the motives of the inquiry and the judiciary's impartiality.