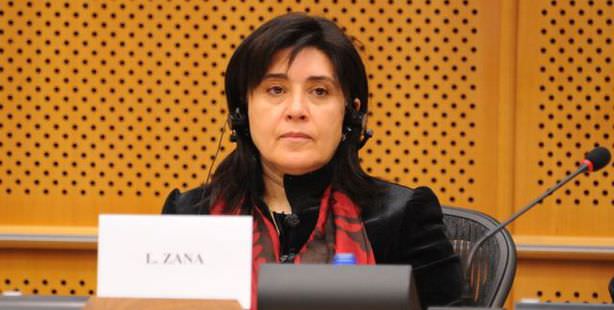 Turkish Supreme Court of Appeals overturned the 10 year jail sentence of Leyla Zana, imprisoned on charges linking her to the Kurdish Workers' Party (PKK), militants who took up arms against Turkey to carve out a separate state in the southeast of Turkey since the early 1980s.

She was sentenced to 10 years in prison by the 5th High Criminal Court for "spreading propaganda" on behalf of PKK. However, the Supreme Court, overturning her jail sentence, declared that certain, credible and adequate evidences proving that she is part of the PKK structure were not found.

Leyla Zana, the first Kurdish female lawmaker, won a seat in Turkish parliamentary in 1991. She was imprisoned after taking her parliamentary oath in Kurdish.

The PKK, which is considered a terrorist group by Turkey and much of the international community, including the United States and the European Union, has been involved in a separatist struggle with Turkey since the early 1980s. Turkey blames the group for the deaths of thousands.